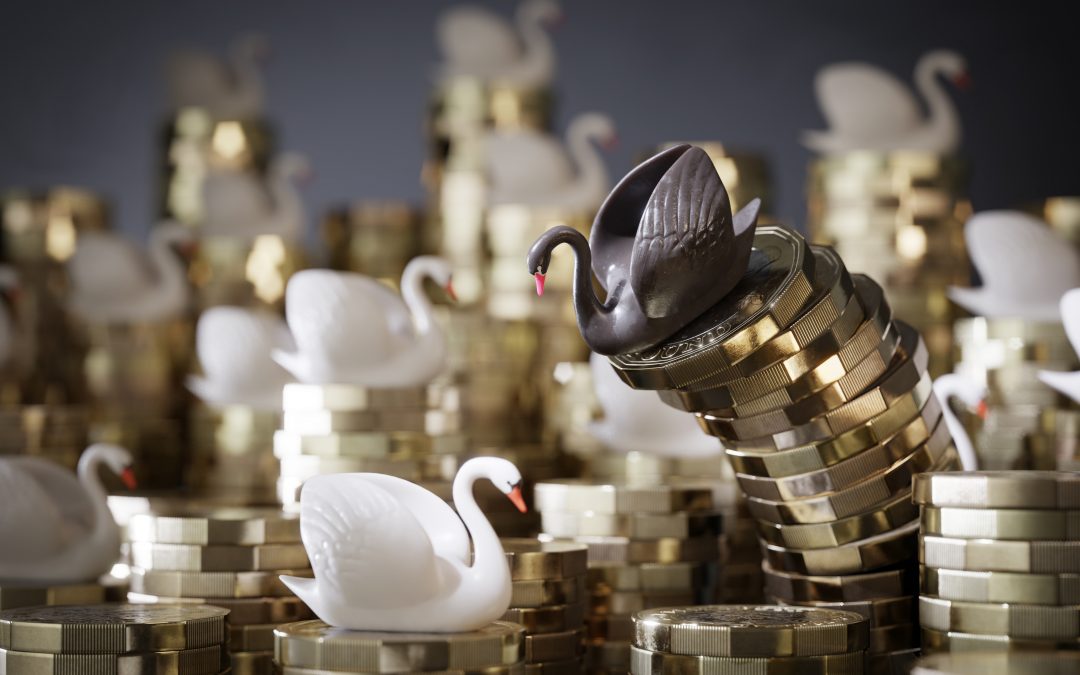 I happen to live next to Furzton Lake just 400 yards from our office. It is a wonderful location.  Many times I have run, walked and cycled around the lake.  I never tire of it.  It is home to many geese, ducks and swans as well as a few other rarer species of birds. I must confess that whilst I am aware that black swans exist I have never actually seen one yet.

I was surprised to discover that the current global black swan population is estimated to be up to 500,000. No threat of extinction or significant decline in population has been identified with this numerous and widespread bird.

Before I turn this into a David Attenborough wildlife story I’d like to explain what is a black swan event in financial terms. 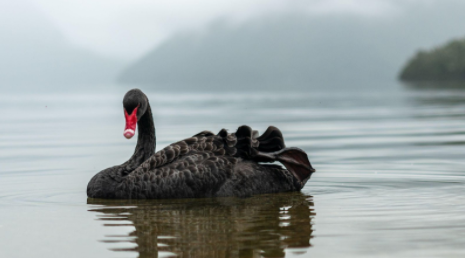 What Is a Black Swan?

A black swan is an unpredictable event that is beyond what is normally expected of a situation and has potentially severe consequences. Black swan events are characterised by their extreme rarity, severe impact, and the widespread insistence they were obvious in hindsight.

A black swan is an extremely rare event with extreme effects. It cannot be predicted beforehand, though, after the fact, many falsely claim it should have been predictable. Black swan events can cause catastrophic damage to an economy by negatively impacting markets and investments, but even the use of robust modeling cannot prevent a black swan event.  Reliance on standard forecasting tools can both fail to predict and potentially increase vulnerability to black swans by propagating risk and offering false security.

The term was popularised by Nassim Nicholas Taleb, a finance professor, writer, and former Wall Street trader. Taleb wrote about the idea of a black swan event in a 2007 book called The Black Swan https://www.amazon.co.uk/Black-Swan-Impact-Improbable-Library prior to the events of the 2008 financial crisis. Taleb argued that because black swan events are impossible to predict due to their extreme rarity, yet have catastrophic consequences, it is important for people to always assume a black swan event is a possibility, whatever it may be, and to try to plan accordingly. Some believe that diversification may offer some protection when a black swan event does occur.

Taleb later used the 2008 financial crisis and the idea of black swan events to argue that if a broken system is allowed to fail, it actually strengthens it against the catastrophe of future black swan events. He also argued that conversely, a system that is propped up and insulated from risk ultimately becomes more vulnerable to catastrophic loss in the face of rare, unpredictable events.

Taleb describes a black swan as an event that 1) is so rare that even the possibility that it might occur is unknown, 2) has a catastrophic impact when it does occur, and 3) is explained in hindsight as if it were actually predictable.

For extremely rare events, Taleb argues that the standard tools of probability and prediction, such as the normal distribution, do not apply since they depend on large population and past sample sizes that are never available for rare events by definition. Extrapolating, using statistics based on observations of past events is not helpful for predicting black swans, and might even make us more vulnerable to them.

The last key aspect of a black swan is that as a historically important event, observers are keen to explain it after the fact and speculate as to how it could have been predicted. Such retrospective speculation, however, does not actually help to predict future black swans as these can be anything from a credit crisis to a war.

Examples of Past Black Swan Events:

The coronavirus pandemic needs no explanation as we are still in the midst of it.

The 2008 financial crisis had a profound effect on world economies. A banking collapse was only avoided because governments rescued the banks. The recent collapse of Greensill Bank and the hedge fund Archegos Capital Management bear similarities.

Also in 2008, Zimbabwe had the worst case of hyperinflation in the 21st century with a peak inflation rate of more than 79.6 billion percent. An inflation level of that amount is nearly impossible to predict and can easily ruin a country financially. 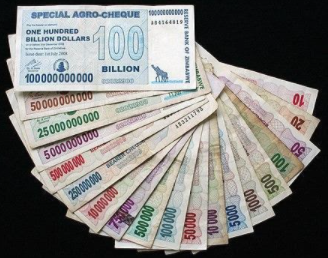 The dotcom bubble of 2001 is another black swan event that has similarities to the 2008 financial crisis. America was enjoying rapid economic growth and increases in private wealth before the economy catastrophically collapsed. Since the Internet was at its infancy in terms of commercial use, various investment funds were investing in technology companies with inflated valuations and no market traction. When these companies folded, the funds were hit hard, and the downside risk was passed on to the investors. The digital frontier was new so it was nearly impossible to predict the collapse.

At the time of writing, this blog cryptocurrencies have suffered a significant fall of about 50% in value over the last two weeks.  It feels uncannily similar to the dotcom bubble.

So whilst black swan events are rare they do happen with more frequency than you would otherwise imagine.  The examples of black swan events summarised above occurred over a 20 year period indicating that these events average once every 10 years.  A sobering thought.

What do we learn from this?  Well, the two main things are that these events are unpredictable and they have catastrophic consequences.  However, what always happens after a stock market crash is that the market then recovers and often quite quickly. 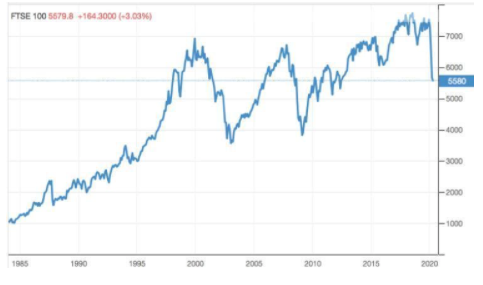 The crashes in 2000-2002, 2008 and 2020 were followed by quite rapid stock market rallies which then reached new peaks.  So what it teaches you is that remaining invested is the best policy rather than panic selling after a black swan event.  Remember it is the time in the market, not the timing of the market that gives you the best returns over the long term* https://wealthandtax.co.uk/why-timing-the-market-rarely-works-and-what-to-do-about-it/

You know it makes sense.

*The value of your investment can fall as well as rise and is not guaranteed. Past performance is not a reliable indicator of future results. The contents of this blog are for information purposes only and do not constitute individual advice. You should always seek professional advice from a specialist.  All information contained in this article is based on our current understanding of taxation, legislation and regulations in the current tax year. Any levels and bases of and reliefs from taxation are subject to change. Tax treatment is based on individual circumstances and may be subject to change in the future.