Are Bitcoins the currency of the future? 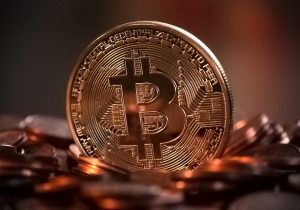 At the time of writing this blog the old pound coin officially has only two more days’ life before it is no longer legal tender though I expect banks to accept these coins for the foreseeable future. I can’t help thinking why does anyone even use coins anymore? Virtually none of my transactions are conducted by coin. I use cards, Apple Pay or make online payments for practically all of my payments these days.

Why the government wants to waste money creating a new 12 sided coin and waste even more money presumably melting down the old one pound coin is beyond me. Then again the monumental waste of taxpayers’ money by the government every year never ceases to amaze me so this should be no surprise then.

I have been personally following the development of the Bitcoin for a number of years now during which time it has grown substantially in terms of public interest, transactions and value.

So what is Bitcoin? Bitcoin is technically known as a cryptocurrency or digital currency which is created and held electronically on what’s known as a public ledger called the blockchain. No one controls it or owns it. It was created in 2009 by an unknown person using the pseudonym Satoshi Nakamoto.

Transactions are made with no middlemen meaning no banks. There are no transaction fees and there is no need to give your real name. As no one owns it Bitcoin is the only worldwide currency not controlled by a central government.

The blockchain itself is set to radically transform the world especially with regards to any form of transaction involving the transfer of assets such as investments, property etc. It is forecast that the blockchain will eliminate the need for middlemen, will reduce the cost of transactions substantially and be more secure than at present so it is truly disruptive.

The rise in value of Bitcoin has been unbelievable.

If you had invested £1 in Bitcoin 8 years ago it would now be worth more than a cool £2 million! With such an incredible rise in value you can’t help but wonder if this is a bubble that is going to burst so if you are contemplating investing in Bitcoins only invest a small amount of your investable wealth and accept that it is an amount you are prepared to lose up to 100%. At these high valuations it certainly feels more like a gamble than a proper investment to me but who knows?

Interestingly there are a number of different Bitcoins for example Ethereum, Litecoin and Bitcoin itself to name but a few. Ethereum is interesting in that it is more than just a mere Bitcoin as it is used for so called Smart Apps too. Just take a look at the rise in value of these three bitcoins over the last 12 months to 14 October 2017 at midday as I write this blog.

Personally I do believe bitcoins are the currency of the future and I expect to see increasing adoption of this currency by people as they become more aware of bitcoins and more comfortable with using them every day to make transactions online.

Whether the rise in value of bitcoins will continue at this rapid rate is another matter and one that I very much doubt. Nonetheless I will follow its progress with much interest.

If you are interested in more adventurous investments with high growth potential in the future why not invest in our Intelligent Wealth Fund which we plan to launch in February next year?