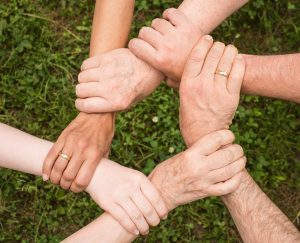 We read and hear a lot about how fortunate are the baby boomers of today and how unlucky are the Millennials. However, when you dig a bit deeper the facts reveal an altogether different story.

Baby boomers are generally considered to be those people born after the Second World War between 1946 and 1964. These people happen to represent the bulk of our clients. Millennials on the other hand are people born from 1980 onward, brought up using digital technology and mass media and who are the children of baby boomers. Millennials will increasingly become clients of ours in the future from the inheritances from their parents.

Baby boomers are considered fortunate because they are the main beneficiaries of generous final salary pension schemes and state pensions. Baby boomers now hold more than half of the wealth in Britain too.

More than a third of Millennials owned their own home by age 30 compared with 55% of baby boomers at the same age according to the Resolution Foundation Report published in September. The average age at which a Millennial will inherit will be 61 but the silver lining is that on average they will inherit double what their parents inherited!

A further major benefit for Millennials is the forecast substantial reduction in the cost of living in the future as predicted by many futurologists. The increasing trend towards automation and robotics is likely to lead to a much shorter working week in the future too.

So the combination of auto enrollment, larger inheritances, lower cost of living and a shorter working week in the future mean that Millennials do in fact have a golden future to look forward to rather than the bleak one too commonly touted in the media.

So, if you are a baby boomer, before you gift a lot of money to your Millennial children to give them a first step on the housing ladder, do make sure it is a gift you can truly afford and one which does not lead to you running out of money later in your life. What’s the best way to plan your gift to your children? Why it’s to have a financial planning review with us first of course! We have the tools, especially our lifetime cashflow planning software, which helps you plan the rest of your life to ensure you not only live the life you want but more importantly that you never run out of money! You know it makes sense.