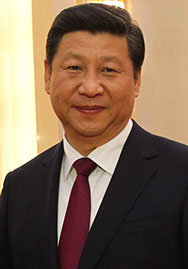 As you are probably aware, the UK welcomed the Chinese President from the 20th to the 23rd October. During this short three-day visit, almost £40 billion worth of deals were agreed, including a £6 billion Chinese investment to build nuclear reactors at Hinkley Point C in Somerset. These deals represent a sizeable investment into the UK economy and will range across multiple sectors and industries. The agreements have strengthened international relations but, more importantly, it appears they will encourage an increase in employment.

The investment into nuclear reactors alone will create up to 25,000 new employment opportunities. This boost to employment is sure to stimulate economic growth within the UK by increasing revenue for the tax office whilst also increasing spending on the high street and pushing more wealth back into businesses. From what has been reported, it looks like a win-win situation for everyone involved.