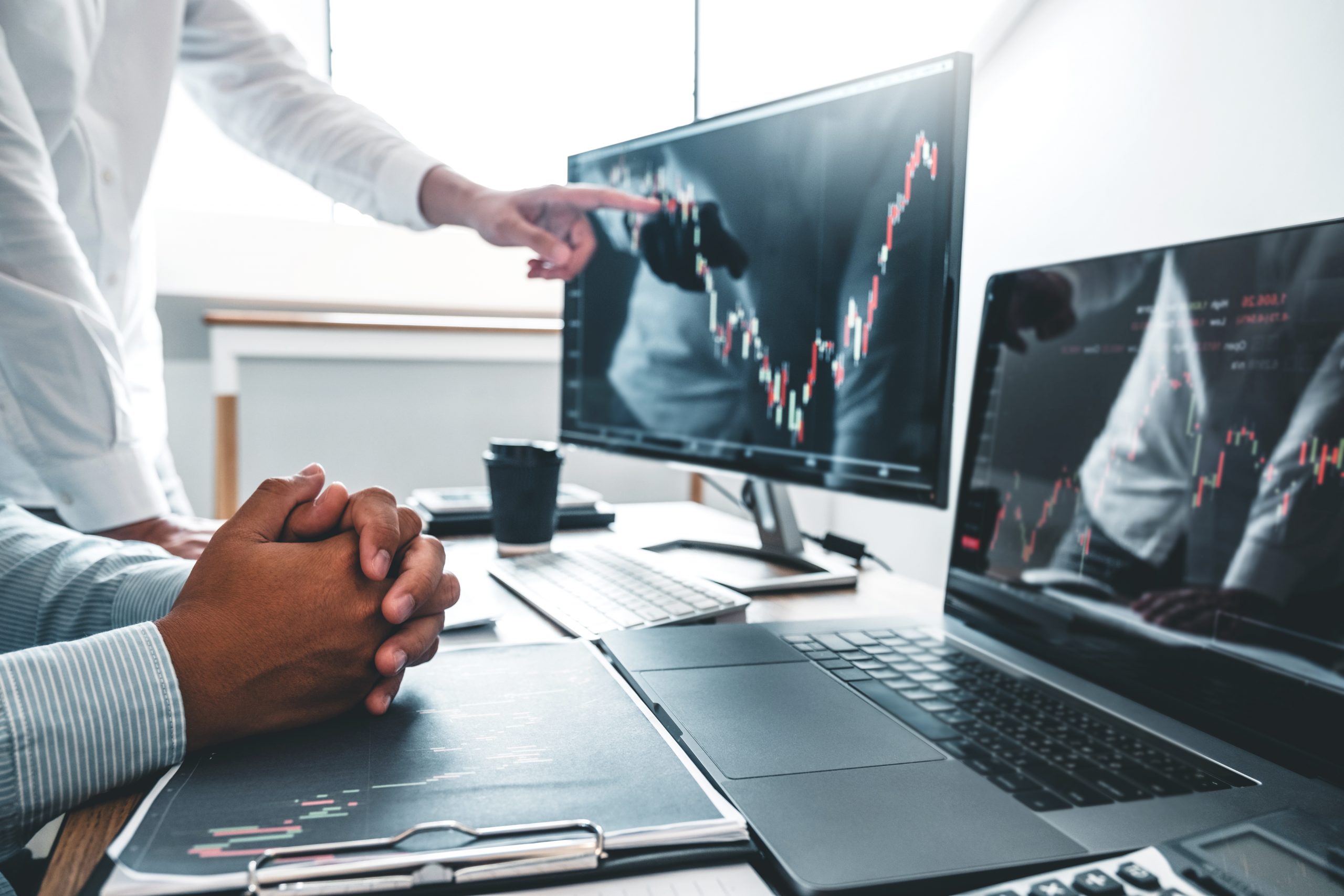 Of course this is human nature. One person panics then another person gets worried and before you know it you have created a snowball effect and many people start panicking. Ironically the panic spreads just like the coronavirus.

It is of course natural for human beings to worry. It’s in our DNA. Thousands of years ago humans were afraid of emerging from caves for fear of being eaten by a larger animal. We all worry. It’s just that some people are better at not showing it than others.

Studies have shown that the fear of stock market losses is akin to the fear of death in many people. I was astounded to learn that fact.

Following my recent blog on the coronavirus I thought it was important to update my readers on what effect the virus is likely to have on both the world economy and share prices.

Firstly, it is important to stress that I am no clairvoyant but I do have a great personal interest in the history of stock markets, economics and politics. As a result I found the following graph and statistics particularly interesting. 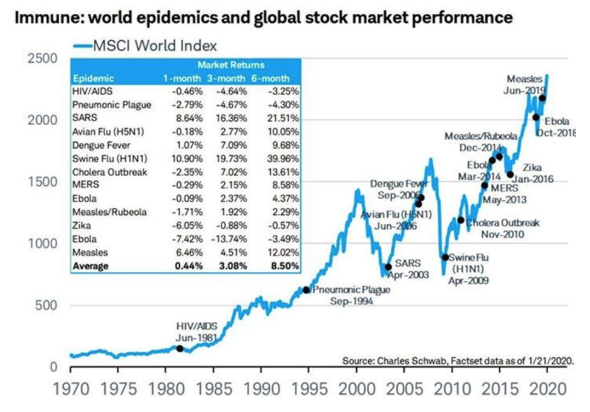 It has been estimated that the coronavirus kills approximately 1% of those infected by it. At the time of writing the death toll of the coronavirus is just 3,057 which means that after more than 2 months it has killed less than the number of people killed in road deaths (3,700) in the last 24 hours. The flu kills 1,770 people worldwide daily so the number of deaths from coronavirus worldwide so far is less than the number of people who have died from flu in the last 2 days. The vast majority of deaths have been in China, especially Wuhan, and have mainly affected elderly people with pre-existing medical conditions especially respiratory illnesses. These statistics put everything into perspective.

Timing the market is, in reality, impossible to get right. Why? Because nobody knows when markets have reached the bottom nor when they have reached the top. However, what we do know is that world stock markets have dropped a lot over the last 2-3 weeks and that prices are much cheaper than they were.

A few clients have contacted us wanting to sell recently. We have been at pains to advise them that now isn’t the time to panic and sell. If anything it is the time to buy. It is very much a Black Friday, or New Year’s sales, opportunity at the moment. We know that if history is anything to go by, world stock markets will rise strongly once the coronavirus starts to be contained. That’s why I was encouraged that one of our clients, who has a rather large personal pension, has recently decided to invest the remaining cash in his pension, a 6 figure sum, into the stock market knowing that prices are cheap right now. He is absolutely right in my opinion.

Baron Rothschild, an 18th-century British nobleman and member of the Rothschild banking family, is credited with saying that “the time to buy is when there’s blood in the streets.” I couldn’t agree more. You have to be contrarian to be a successful investor.

Warren Buffett, the fourth richest man in the world, has a saying about the stock market and investing in general: “Be fearful when others are greedy and greedy when others are fearful.”

To quote Jonesy again, “Don’t panic.” Either sit tight and wait for share prices to recover or buy if you have spare cash. Oh, and if you have never watched Dad’s Army, do watch it. It is hilarious, the actors are amazing and it is a timeless comedy.

So be optimistic about the future and don’t sell when prices are temporarily low. You know it makes sense.