Whether you want to continue working in some way, spend more time with your family and friends, or travel the world in style, the financial decisions you take now are likely to have a significant impact on your retirement lifestyle.

And we’re not going to lie to you… it’s all rather complex (even boring), but you’re likely to find yourself with serious issues if you get it wrong; and all just at the time of life when you could do without them too.

Which is where our Retirement Options Guide can really help you

Making choices at retirement isn’t easy, especially if you haven’t already planned how to achieve the income you need to live the life you want. Starting early is essential, but if you find yourself a little ‘behind the curve’, then making the right decisions now is more important than ever.

Whatever stage you’re at, there’s a complex array of options available; identifying and understanding the best one for you can be a daunting task.

But you don’t need to worry, because we deal with it all for you.

Your personal adviser guides you through all the issues and how they may affect your own circumstances; they are there to help you understand your options and make the right decisions, based on all the possibilities available to you.

So if you’re starting to think about retirement, or making your important decisions right now, do get in touch: we want to make sure those decisions are the right ones for you.

We appreciate that relying on others to help make your financial decisions is not always easy. Having trust in your adviser is essential to the process, which is why we offer you the opportunity to speak with existing clients whom we’ve helped make the retirement transition, so you can be certain that choosing to work with us is the right decision for you. 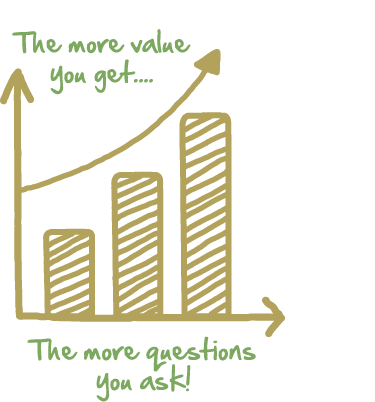 With a final salary pension, there is no pension ‘pot’: the income you receive in retirement will be calculated using a complex formula which takes account of your salary at time of leaving the scheme, how long you’ve been a member, plus other factors too.

They used to be considered ‘gold plated’ pensions, but is this still the case? The majority of schemes are underfunded; a number are likely to go ‘bust’ in the near future. If that happens to your scheme, then the Pension Protection Fund will take over and your benefits will likely reduce.

And that’s not the only catch with final salary schemes:

With a money purchase pension you leave the pot behind. Whatever is left after you have made withdrawals will be available to your spouse, then your children, then their children, until the pot is gone.

A person with a final salary pension due to pay out £50k per year may be entitled to a transfer value of £1m to move to a personal pension.

Option a) stick with the final salary pension.

Option b) Transfer to personal pension.

Which would you choose?

It seems an obvious choice, but there can be risks in transferring your final salary pension into a personal pension too. Could your ‘pot’ run out? Or maybe a move won’t fit with your attitude to investment risk? It’s vital you feel fully informed when you’re making such an important decision.

That’s where we can help: simply call us today and talk to one of our pension experts.

Visualise and review your financial future with this software-driven service

Pensions and Transfers: safeguarding your future. Discover if you can retire early, have those extra holidays or help the kids out with the deposit for a house

Signup for our newsletter

Whether you’re local to us (Milton Keynes, Leighton Buzzard, Northampton, Bedford, London) or farther afield (we cover the entire UK using Skype™ and other secure communications technologies), our expert team of financial planning specialists can provide the advice and support you need to take care of your money effectively.