How to beat the £1.34 billion dividend tax increase

The Government is cracking down on wealthier investors who have significant wealth outside of ISA and pensions, as well as company directors who pay themselves through dividends. The dividend tax regime has changed repeatedly over the past decade and investors have been subject to more and more squeezes on their income that have left them with far higher tax bills.

The latest change, in April, means that investors and the self-employed are expected to pay £1.34 billion more in tax this tax year* and each person will have to pay £100s more in tax if they take substantial dividends from their investments. The dividend tax rate increased in April by 1.25 percentage points, taking tax rates to 8.75% for basic-rate taxpayers, 33.75% for higher rate taxpayers and 39.35% for additional rate payers.

At the same time, the dividend tax-free allowance of £2,000 has been frozen for another year, rather than increased in line with inflation, meaning a stealth tax increase. If it had been increased in line with RPI inflation since it was cut to £2,000 in 2018 the limit today would be £2,185. From April that would save basic-rate taxpayers £16 a year, higher-rate payers £62 a year and additional rate payers £73 a year.

The Government’s own estimates show that 40% of people with a dividend income outside of an ISA will see a tax increase and that 70% of the increase will be paid for by higher and additional rate taxpayers. For example, an investor who has £10,000 in dividends will pay £100 more in tax, regardless of their tax bracket, while those with £30,000 of dividends will be hit with an extra £350 of tax, and anyone with £50,000 will pay an extra £600 a year in tax. 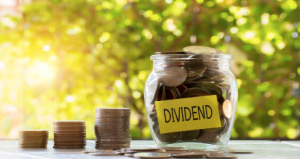 The increasing crackdown on investors:

The dividend tax regime has become far harsher for investors over recent years. The system was overhauled in 2016 when the dividend allowance of £5,000 was introduced but tax rates were increased. Following that, in 2018 the tax-free allowance was slashed to £2,000 and now rates have been increased again. 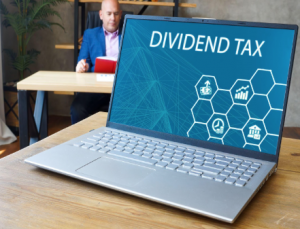 How dividend tax has changed over the years:

How to beat the increase:

The dividend tax increase will hit those who have exceeded the ISA allowance each year and so saved the excess in a General Investment Account, those who have historical wealth that they never got around to putting into an ISA and business owners who pay themselves in dividends.

While the ISA allowance now is a very generous £20,000 it hasn’t always been that way – just over 12 years ago it was £7,200 and only in 2017 did it leap to the current high limit. This means it’s very possible that people would have built up other investments and, coupled with investment growth, could now have a sizeable pot outside an ISA.

There are ways to beat the tax hike for the remaining 9 months of this tax year. One way is to move money into your ISA or pension. By using this year’s ISA allowance and immediately using next year’s at the start of the new tax year in April, you can shelter £40,000 from the taxman for the rest of this tax year and the next tax year. If you’re a couple and both haven’t used your allowances you can move £80,000 into your ISAs to reduce the impact of the dividend tax increase. 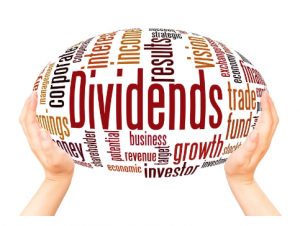 But rather than moving any assets into the ISA, investors may wish to consider prioritising dividend-paying investments as they are the ones that will be hit by dividend tax. So, investors should rank their investments from the highest dividend-paying to the lowest, in pounds and pence, rather than percentage terms. Then they may want to work through the list, shifting the highest yielding investments into the ISA first that may help to cut their tax bill. Obviously, before selling taxable investments to reinvest into an ISA you should check you have not triggered an unexpected Capital Gains Tax liability.

So if you want to minimise the impact of the dividend tax increase shelter as much of your investments as possible in ISAs and pensions.  You know it makes sense.**

**The value of your investment can fall as well as rise and is not guaranteed. The contents of this blog are for information purposes only and do not constitute individual advice. You should always seek professional advice from a specialist.  All information is based on our current understanding of taxation, legislation, regulations and case law in the current tax year. Any levels and bases of relief from taxation are subject to change. Tax treatment is based on individual circumstances and may be subject to change in the future. This blog is based on my own observations and opinions.