Is space investment the final frontier? 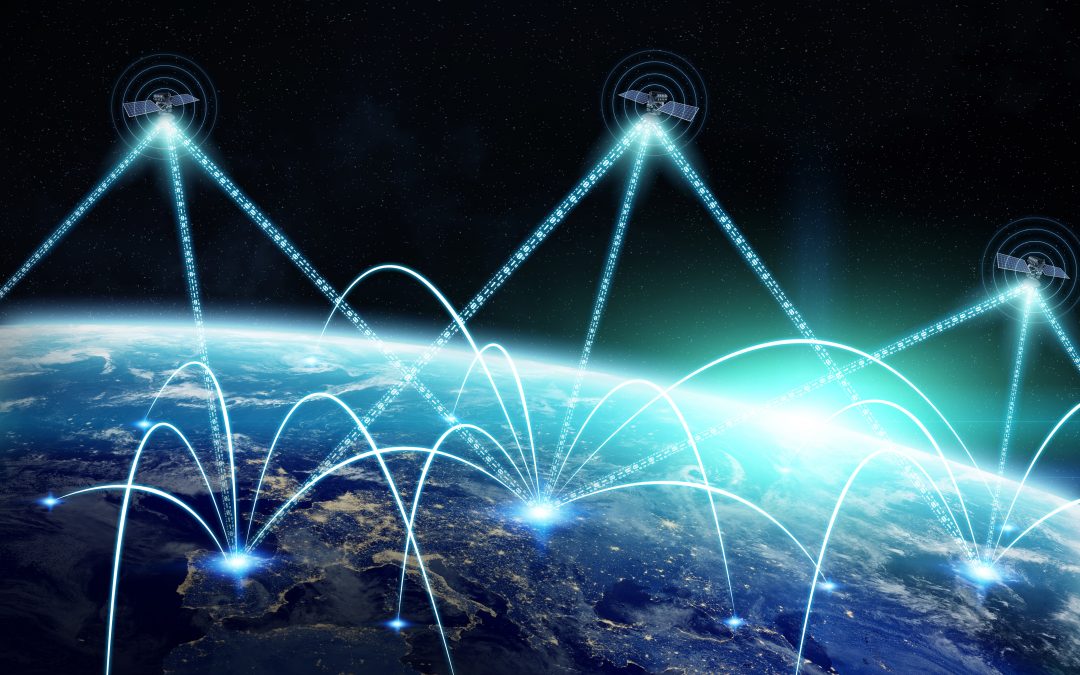 When I was a boy I used to love watching the weekly Star Trek TV series in the late sixties.  The introduction “Space: the final frontier. These are the voyages of the Starship Enterprise. Its five-year mission: to explore strange new worlds, to seek out new life and new civilizations, to boldly go where no man has gone before” would really get my attention.  It was a bold and exciting vision. The phrase ”Where no man has gone before” really captured my imagination.

Of course, it was an amazing era when man first landed on the moon on 20 July 1969.  Neil Armstrong was the first man to walk on the moon followed by Buzz Aldrin.  It was a very interesting time when under the Kennedy government in the US virtually anything seemed possible.

A reduction in costs is enabling disruptive applications that use satellite-derived data.

The satellite-related space sector is experiencing a stellar shift akin to the replacement of the old mainframe computers by the now ubiquitous personal computers. It is rare to find a multi-billion-dollar industry that is facing a potentially 100 times reduction in costs.

There is a new space race going on, says Morgan Stanley in a recent report – Space: Investment Implications of the Final Frontier.  The race is driven by a confluence of factors including the huge reduction in launch costs catalysed by Elon Musk’s strategy of using reusable rockets; a dramatic reduction in satellite costs and sizes; rapidly increasing demand for internet bandwidth across the globe; national security requirements of the US in particular; and the key role private sector investment is starting to take in the space sector. These are presenting some profound opportunities to build some substantial businesses in the future.

Satellites are used for three distinct purposes: navigation with the global positioning system (GPS); communication; and earth observation. Until the past five years or so, the profile of the space sector was the antithesis of what the venture capital community typically demands. It was characterised by being incredibly capital intensive with long-life cycles for maturing businesses and heavily reliant on government subsidies. James Bruegger, managing partner of Seraphim Capital, says it was insular in its focus in attempting to reinvent technology rather than engaging with and taking advantage of existing technology. It was for good reasons that venture capital (VC) firms steered clear of the sector. 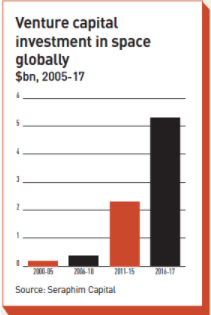 But the more important development is what is often referred to as the space sector’s ‘PC moment’. A decade ago, satellites resembled mainframe computers – they were large and expensive.  What has changed is that, for the first time, the space sector is harnessing commercial off-the-shelf technology, particularly from the consumer electronics industry.

It is only by having large numbers of relatively low-cost satellites that concepts such as global internet access even for remote areas can be put into place. But this also applies to many applications of remote sensing as well as communication.

“With the miniaturisation of satellites, it has become possible to put crates of satellites on rockets being sent to replenish the International Space Station and launching them from there as well as directly from rockets,” says Dan Schnurr, co-founder of Geospatial Insight, a provider of research based on satellite imagery.

Both Geospatial Insight and Seraphim also see drones as part of the space sector for two reasons. First, drones are made using the same components used in satellites.  Second, drones and satellites in unison are better placed to solve customer’s requirements.

The changes in the economics of space have allowed the space sector to be aligned with the profile of opportunity that early-stage venture capitalists such as Seraphim demand. Satellites’ PC moment will have a multi-decade impact on a multitude of large industries. It may be only early–stage venture capitalists and industrial firms that are willing to look at the sector now. But for institutional investors, the challenge may be in deciding when they feel confident that the space sector is taking off.

I wouldn’t profess to being a science fiction nerd, but I do find that a lot of science fiction has a ring of truth to it.  The science fiction films I have watched are entirely plausible such as Terminator, Star Wars and Oblivion to name but a few.  After all the film makers base their films on entirely credible potential visions of the future.  So we intend to watch this space, forgive the pun, closely in the future.

The good news is that our sister company Minerva Money Management  (https://minervamoneymanagement.co.uk) has recently added space to its growing range of futuristic investment sectors for its fund the CCM Intelligent Wealth Fund.  The fund is highly likely to start investing in this sector shortly.  My youthful excitement about space has been re-ignited.  So watch this space.  You know it makes sense*.