The Myth That Your Final Salary Pension Scheme is Gold-Plated

We have a ne 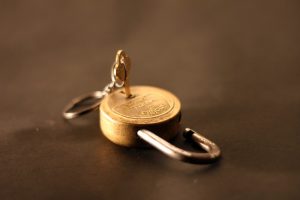 w client let’s call him John and his wife June. They have 2 children. He is aged 50 and she is 46. John has had a successful career and has built a sizeable final salary pension with a previous employer, a household name company. His forecast pension at age 60 is £80K a year together with a tax free cash lump sum of £525K. So good so far.

The pension scheme is currently quite secure. However, after a full review was carried out he was perturbed to discover that if he predeceases June she will receive a widow’s pension of half of his in the sum of £40K p.a. index linked but no tax free cash lump sum! Furthermore when she finally dies the pension will die with her meaning that their children will be totally disinherited! This is important because he has been offered a transfer value by his old scheme of £1.9 million! If the pension were transferred into a personal pension the death benefit available to his widow and their 2 children would be £1.9 million instead of just £40K p.a. index linked for the rest of June’s life only!

Even if John were to live long term he would still be dependent on his previous employer not failing like the recent cases of BHS and TATA Steel. If his ex-employer’s pension scheme were tofail and be taken over by The Pension Protection Fund his pension would be reduced from £80K p.a. to just £32K p.a! Not a very reassuring prospect.

Unsurprisingly John made the decision to transfer his final salary pension scheme into a Self Invested Personal Pension managed by us instead. He is aware there is an investment risk with a personal pension in that returns are not guaranteed but he thinks it’s a risk worth taking. Do bear in mind that this is one specific example. You should always take professional advice before making such an important financial
decision.