Pensions – the smart way to gift your wealth down the generations 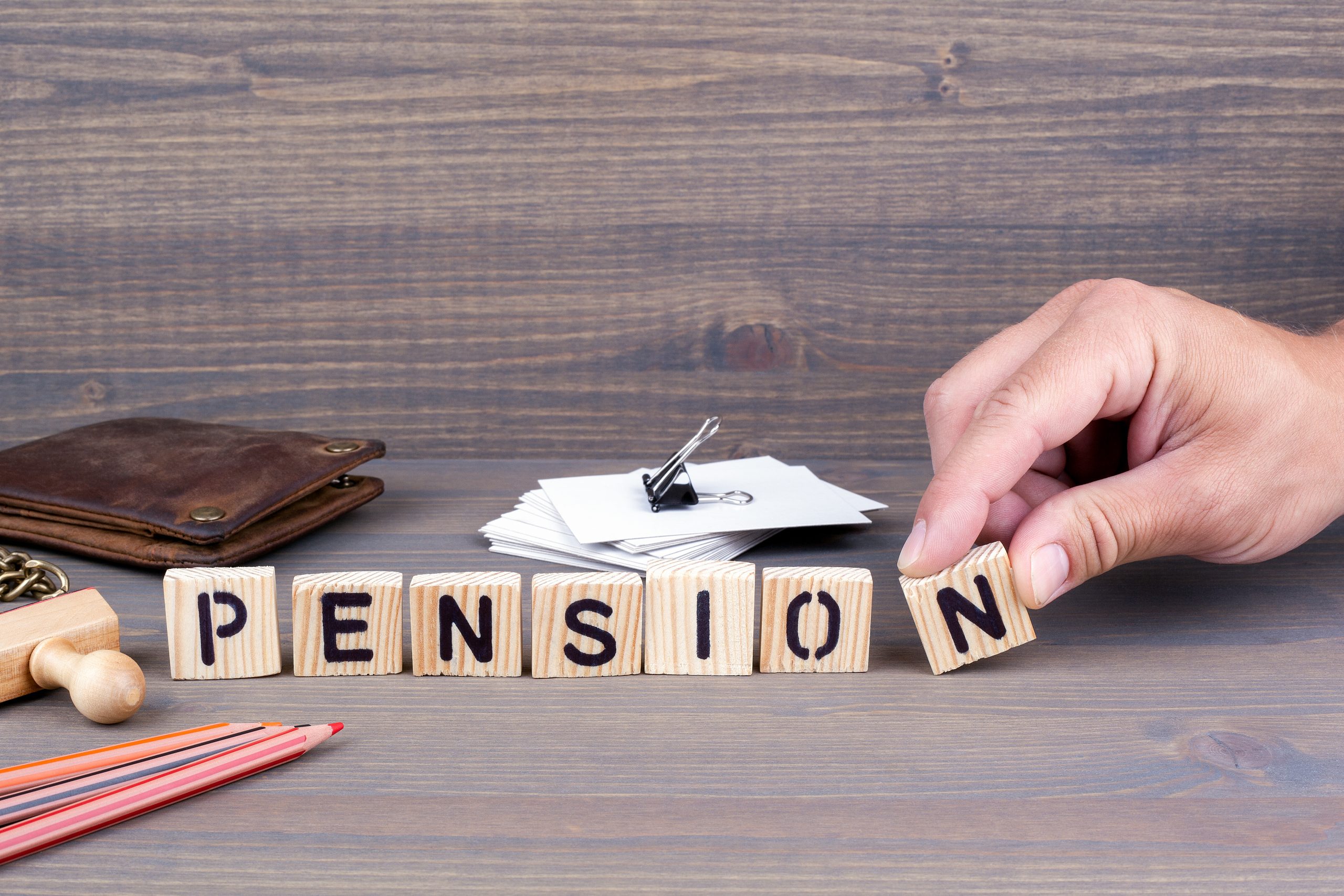 Before Pension Freedoms were introduced by the departing Chancellor, George Osborne, in 2015, pensions were considered first and foremost to be retirement vehicles. George Osborne’s parting gift was revolutionary in that for the first time in pensions history, individuals were to be treated as responsible adults and given the ability to take full control of their money purchase pensions to do with them as they felt fit.

People were given the right to withdraw as much money as they wanted from their pensions, even 100% of it if they wanted.  The compulsory annuity purchase at age 75 was scrapped.  Pensions could now be gifted on death not only to spouses but to children and grandchildren etc.

What’s more, such inherited pensions are not added to the beneficiaries’ pensions for the purpose of calculating the Lifetime Allowance.  A seemingly extraordinary concession by the government but probably a legislative drafting error due to the Bill having been rushed through parliament.  It is hard to imagine such generosity by any government.

If the pension holder were to die before age 75 then the entire pension would be inherited by the beneficiaries 100% free of all taxes (assuming no lifetime allowance charge applies).  Again a breathtakingly generous tax break by the Conservative government of the day.  Even if the deceased were to die after age 75 the beneficiaries would still only suffer Income Tax on any withdrawals. The pension is normally IHT free at any age.

The only thing missing in this radical shake-up of money purchase pensions was the ability of husbands and wives to transfer their pensions to one another other than on divorce or after death.

Money purchase pensions, the most well known of which are personal pensions, are no longer considered by advisers to be primarily a tool for retirement income.  Instead, such pensions have become excellent tax planning vehicles for Income Tax planning and especially for Inheritance Tax mitigation for baby boomer parents for their children and even their grandchildren and great-grandchildren.

The intergenerational transfer of wealth from parents and grandparents to their descendants has become a very popular subject amongst financial planners in recent years because an estimated £5.5 trillion is expected to be transferred from the baby boomer generation to Millennials by 2047.  So ways to ensure the wealth is transferred tax efficiently have become more important than ever.

Of course, simply passing on money purchase pensions to the next generation isn’t the only way to build pension wealth for the younger generations by which I refer to generations X, Y (Millennials) and Z and the very latest Generation Alpha (those born from about 2010 or later).

Parents have been able to set up Junior Pensions for children for many years.  Such pensions allow parents to contribute up to £2,880 a year, topped up by the government by £720 (tax relief at the basic rate of Income Tax at 20%), into a pension for each of their minor children (aged under 18).  Once set up, other relatives such as grandparents, great-grandparents and even friends can pay money into the pension as long as the combined annual contributions do not exceed £2,880 net (£3,600 gross) per child per annum.

If you arrange a Junior pension for your non-earning child and pay the maximum amount into it until the child reaches the age of 18 and the pension grows at a rate of say 10% p.a. then that child will have built a pension pot by age 55 in excess of £500,000!  If the adult child and/or you continue to contribute to the pension until they reach age 55 their pension pot will have grown in excess of the current Lifetime Allowance of £1,073,100!  A happy problem.

So what happens once the child officially reaches adulthood at age 18?   Well believe it or not there is a little heard of rule which allows anyone to pay into someone else’s pension.  It’s known as third party contributions and it is very powerful indeed.

The gift by the parent is known as a PET or Potentially Exempt Transfer which means that for Inheritance Tax, IHT, purposes the gift remains part of the parent’s estate usually for 7 years.  However, if the gift is made using one of the many IHT exemptions such as the annual £3,000 gift exemption per spouse then up to £6,000 combined can be gifted by a parental couple into an adult child’s pension IHT free. This assumes the child has sufficient income to qualify for Income Tax relief. Even larger amounts may be gifted if the couple can justify to HMRC that the gift is normal expenditure out of income.

It gets even better from the beneficiary’s perspective.  Let’s assume a daughter’s pension receives the £6,000 third party pension contribution from her parents.  Let’s assume she is a higher rate taxpayer.  She gets the full Income Tax relief for the pension contribution even though it was paid by her parents.  So her pension receives an immediate uplift by HMRC in the form of basic rate tax relief at a rate of 20% to the tune of £1,500.  So her pension is credited with £7,500, not £6,000.  As she is a higher rate taxpayer and has at least £7,500 of income taxed at the higher rate she may claim the balance of the tax relief of 20% (40%-20%) from the total gross contribution of £7,500.  She subsequently receives a tax refund of £1,500 or has her tax code adjusted by the same amount for the rest of the current tax year.  Either way, she will receive a further £1,500 courtesy of the taxman to spend as she wishes though we would recommend that she re-invest the money into her personal pension and receive further tax relief at a rate of 40%.

The annual IHT gift exemption of £3,000 per spouse could also be used to gift £2,880 per grandparent into each of two grandchildren’s Junior Pensions, totally IHT free, whilst at the same time obtaining a 25% boost to each grandchild’s pension of £720 each.

Sometimes grandparents and parents baulk at gifting money into a Junior Pension for minor grandchildren because they cannot access the pension until age 55 currently.  Equally, I have come across parents who are saving money into Junior ISAs for their minor children and do not want them to be able to access too much money at age 18.  The fear of a child blowing a significant windfall from a Junior ISA on a Ferrari is a palpable one though in my experience it is highly unlikely to ever happen in practice.  It is much more likely that a child will use the money to pay for university fees and/or a deposit on their first property than to blow it all on an expensive car.  So why not save into both a Junior Pension and a Junior ISA for minor children?  After all paying for university education, buying a house and retiring in comfort are the main goals of most people in life.  Why not help your children and grandchildren to have a comfortable life?

The argument in favour of contributing to pensions for descendants such as children and grandchildren is enhanced when the donor himself/herself has little or no ability or incentive to pay into pensions of their own.

If you are aged over 75 you are no longer eligible to receive tax relief on your own contributions into a pension in your own name.  At any age, if you are a high earner the maximum you may pay into a pension tax-efficiently could be reduced from the Annual Allowance of £40,000 to as little as £4,000 by tapering.  This is known as the Tapered Annual Allowance. If you have no earnings from employment or self-employment or earnings below £3,600 p.a. the maximum you may pay into a personal pension with tax relief is £2,880 net (£3,600 gross) each year.  If you take income from a personal pension such as Flexi-Access Drawdown plan rather than from Capped Drawdown then your maximum tax-efficient pension contribution will be capped at the Money Purchase Annual Allowance, MPAA, the limit of £4,000 instead.

If you are compromised in your ability to pay into a pension because of the limits outlined in the last paragraph and you have both the surplus funds and the desire to help your descendants have a better life, why not make third-party pension contributions into their pensions?  After all, it’s certainly a highly tax-efficient way of passing wealth down the generations IHT free especially with the help of the taxman on the way.

So if you would like advice on the smart way to gift wealth down the generations using pensions do get in touch with a trusted professional pensions specialist.  You know it makes sense*.

* The contents of this blog are for information purposes only and do not constitute individual advice. All information contained in this article is based on our current understanding of taxation, legislation and regulations in the current tax year. Any levels and bases of and reliefs from taxation are subject to change. Tax treatment is based on individual circumstances and may be subject to change in the future. Although endeavours have been made to provide accurate and timely information, we cannot guarantee that such information is accurate as of the date it is received or that it will continue to be accurate in the future.