Seven changes to your personal finances and how to tackle them 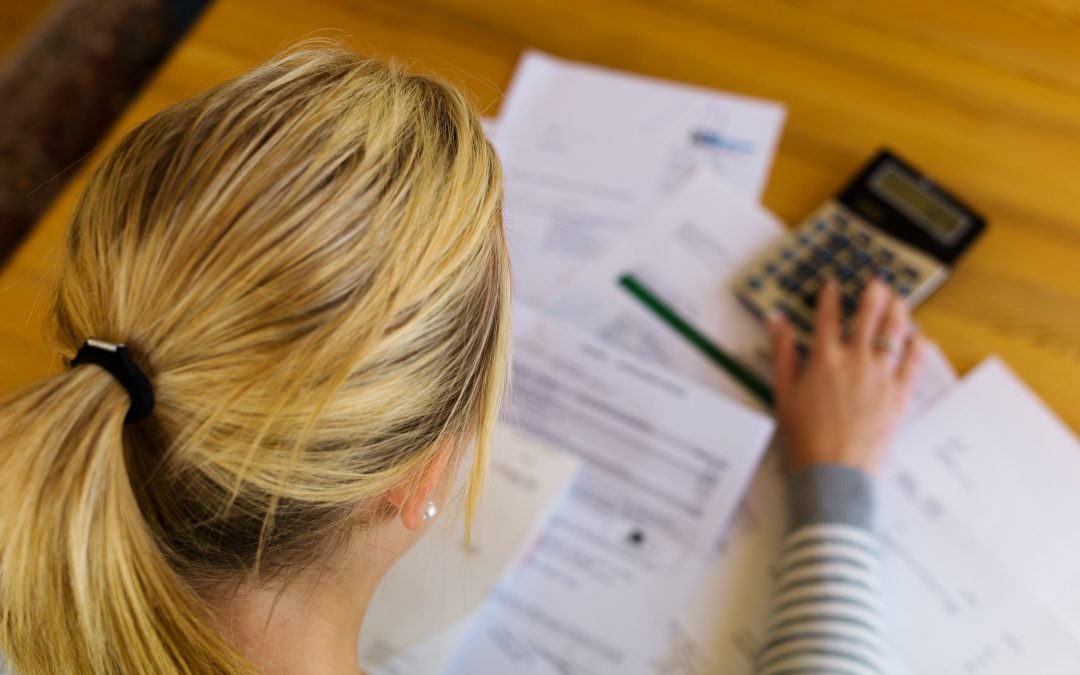 There are seven important personal finance changes coming in April.

There are large changes coming which mean that consumers will face higher taxes, bigger bills and increasing costs from this month. I am going to take a look at some of the key changes which are expected to start hitting people’s pockets from today and how investors can protect themselves from tax increases.

Probably the biggest change coming in from today will be that the personal tax-free allowance will be frozen at £12,570 and the higher rate Income Tax threshold will be frozen at £50,270. The Treasury forecast this will cost taxpayers £1.6 billion in the tax year beginning April 2022, and a total of £19.2 billion by 2026.

While freezing the pension lifetime allowance at just over £1 million might sound like a relatively minor move aimed at the wealthiest in society, large swathes of middle Britain are now at risk of being dragged into its net.

The group probably most at risk from higher CGT are landlords and second property owners, as houses can’t be sold in chunks to realise £12,300 of profit every year, nor can they be put in an ISA.

As the price of shares and houses rise, a frozen IHT threshold will start to bite into estates. The Treasury expects the freezing of the IHT allowance to bring in an extra £1 billion between now and 2026, so it will be a substantial burden for those estates which grow in value in the next few years.

National Insurance increases by 1.25 percentage points for employees in April, and 1.25% for employers too. The government is expecting to raise £12.7 billion on this measure in the next tax year alone, to be spent on health and social care services.

As part of the new social care tax measures, the Treasury is also increasing the dividend tax by 1.25% in April, so that the tax rises as follows.

This measure is expected to raise £1.3 billion in the coming tax year and will hit company directors who draw an income in dividends, as well as investors who haven’t wrapped income-producing assets in an ISA or SIPP. Taxpayers will still be allowed £2,000 of dividends tax-free, but anything above that will be taxable.

From April, the rise in the energy price cap means the average bill will rise by £693 a year to £1,971. More than 22 million households will have to fork out that extra £693 a year on average from April, meaning that collectively, the nation’s energy bills will rise by more than £15bn.

There is some good news in the raft of changes which are being introduced in April, which is that the National Living Wage will be seeing a big increase of 6.6%.

From 1st April the reduced rate of 12.5% for hospitality businesses will rise back up to 20%. The cut to VAT and staggered increase back to 20% has helped to prop up some businesses, and stop them from raising prices, but after VAT jumps back up in April, it’s likely many will be forced to increase their costs, meaning a meal out or a few nights away will cost that bit more.

With tax rises on the cards in April, savers and investors need to pull out all the stops to keep as much of their money sheltered from the coming tax hike as they can. Here are some of the key tools they can make use of to keep their tax bill down.

If you’re a higher rate taxpayer or become one soon, a pension contribution is a good way to reduce your tax bill. For each £800 you put in, the government adds £200 to your pension, even if you’re a basic rate or non-taxpayer, up to certain limits. Higher rate taxpayers can then also knock a further £200 off of their tax bill, which they would normally pay when they complete their tax return.

You don’t get upfront tax relief on a Stocks and Shares ISA, but your investments grow free from Capital Gains Tax and Income Tax. The Chancellor has frozen the annual amount of gains you can make each year before paying CGT at £12,300 until 2026.  What this means is investors potentially pay more tax on their gains, if their investments aren’t held in a tax shelter like an ISA.

A relatively new addition to the ISA family is the Lifetime ISA or LISA, which provides investors with a government top-up of 25% on annual contributions up to £4,000 a year. Unlike a standard ISA, you have to be under 40 to set a Lifetime ISA up, but if you do so you can continue contributing until your 50th birthday. The Lifetime ISA is also more restrictive than a standard ISA, as you can only draw on it in order to buy your first property, or once you reach the age of 60. If you withdraw your funds at any other time they will be subject to a withdrawal charge of 25%, which effectively reclaims the government top-up and a little bit more by way of a penalty. The Lifetime ISA can be an extremely helpful and tax-efficient way to save for a house however, or indeed as an alternative or supplement to a private pension for basic rate taxpayers.

This is simply funding an ISA using an existing shareholding, but it allows you to sell an investment up to the £12,300 CGT-free gain limit, and buy it straight back within the ISA. So you keep the same investment, but crystallise some tax-free gains, and protect future gains and dividends from tax to boot. If you want to switch out of the investment, you can simply buy a new fund or share in the ISA with the proceeds of the share sale.

Gifts between spouses and Civil Partners

If you’re married or in a civil partnership, you can transfer assets between you without incurring capital gains, which can allow you to use two lots of the £12,300 capital gains tax allowance if you have a large gain to crystallise. That could potentially save you £2,460 in Capital Gains Tax, if you’re a higher rate taxpayer selling shares. You can then potentially perform two Bed and ISAs, sheltering up to £40,000 of investments from future income or capital gains tax.

The freezing of the IHT allowance at £325,000 is expected to cost taxpayers around £1 billion over the next five years, so older investors should give IHT ample consideration. It’s not always an easy conversation to have with family, and it’s a difficult tax liability to manage. Although death and taxes are certain, their timing is not. Investing in an AIM portfolio can help minimise inheritance tax liabilities, by investing in qualifying AIM companies which aren’t subject to inheritance tax if you hold them for two years or more.

Investors who have used up their ISA and pension allowances might consider VCTs and EISs to reduce tax liabilities. These invest in very small, often unquoted companies, so risks are high, and liquidity is low. But they do come with notable tax benefits. A VCT comes with 30% up front tax relief on investment up to £200,000 per tax year, but you must hold the investment for at least five years to keep this benefit. Dividends and growth are tax-free. With an EIS, you can also get 30% income tax relief, and can defer capital gains. An EIS is normally free from Inheritance Tax after being held for two years too. It’s important not to let the tax tail wag the investment dog though. If an investment looks too risky, or unprofitable, it shouldn’t be taken on just because it saves some tax.

So if you are concerned about these personal finance changes there are a number of actions you can take to limit their adverse effects on you.  You know it makes sense.*

* VCTs are high-risk investments and there may be no market for the shares should you wish to dispose of them. You may lose your capital.

Enterprise Investment Schemes (EISs) are very high-risk investments. An EIS investment is usually concentrated in one single unquoted trading company. Often there is no market for the shares and it may therefore be very difficult to make a disposal. There is a strong possibility of the chosen company failing.

The value of your investment can fall as well as rise and is not guaranteed. The contents of this blog are for information purposes only and do not constitute individual advice. You should always seek professional advice from a specialist.  All information is based on our current understanding of taxation, legislation, regulations and case law in the current tax year. Any levels and bases of relief from taxation are subject to change. Tax treatment is based on individual circumstances and may be subject to change in the future. This blog is based on my own observations and opinions.