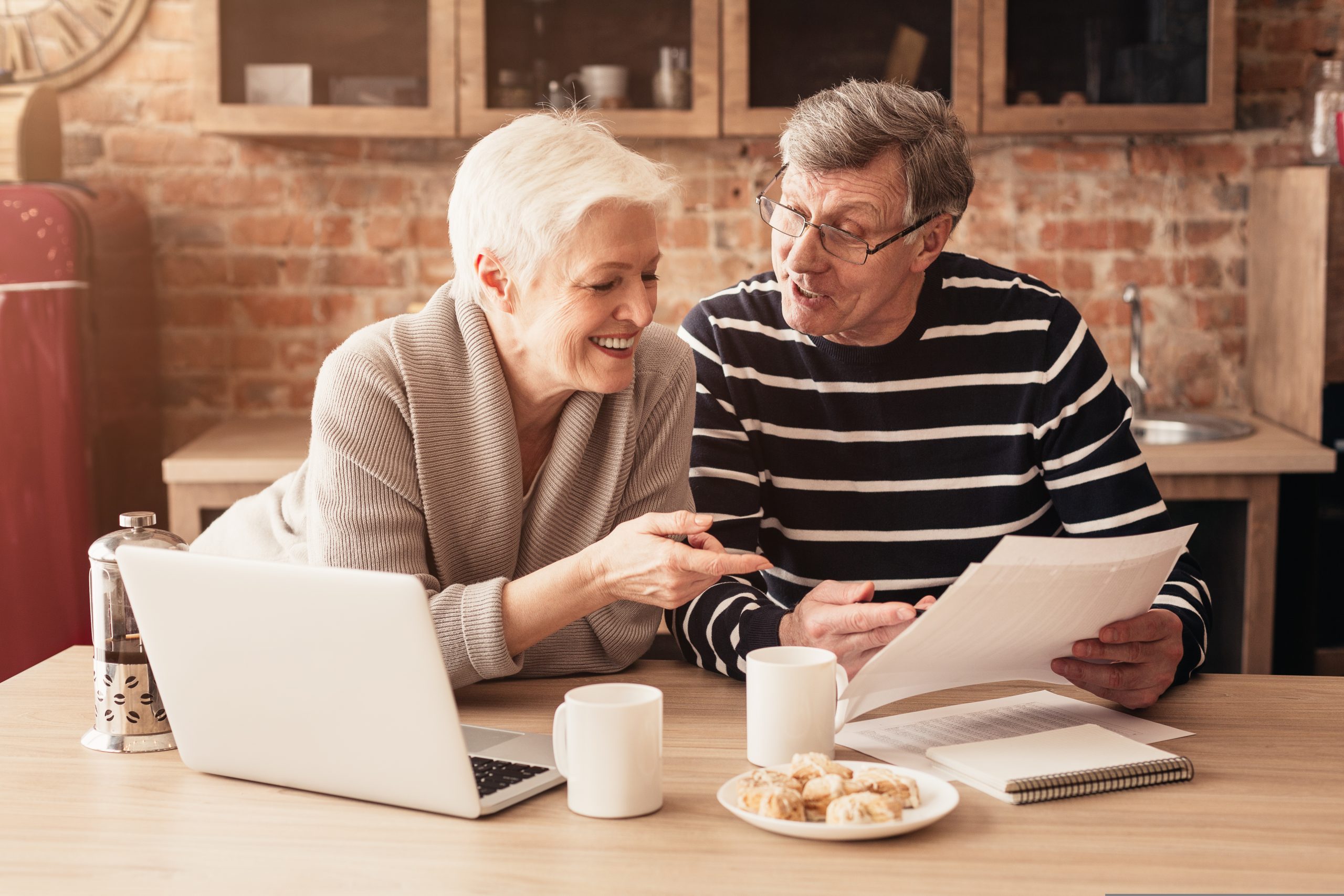 On a number of occasions in this blog series I have voiced my cynicism of successive governments’ stealth tax policies. However, sometimes the government does surprise you with unexpectedly generous tax legislation which may be intentional but is most likely accidental, usually because it is passed hurriedly.

I was never a great fan of George Osborne who struck me as the stereotypically aloof, upper class, ex-public schoolboy Tory. However, as Chancellor of the Exchequer I did like his radical, impact taxation policies. Shortly before he departed his post as Chancellor he left us with an absolute gift known as Pension Freedoms which came into effect in April 2015.

The main change was to allow individuals to access as much of their personal pension as they felt fit even as much as 100% of it. Extraordinary but true. He also swept away the requirement to buy an annuity by age 75. These were amazing and liberating reforms which were well overdue for personal pensions. For the first time, the government was willing to treat people as adults who could be trusted to manage their own personal pensions. Personally, I welcomed the changes with open arms.

Why? Because I had always disliked the requirement to buy an annuity by age 75 which meant that your hard-earned pension would one day die with you. I did not see why your pension fund should be gifted to a pension provider on your death. After all, it is your money when all is said and done.

The ability to withdraw your whole pension fund is on the face of it potentially dangerous and reckless but when you realise there is a heavy tax penalty to do this you find that very few people will ever exercise this option. That’s because only 25% is tax-free. The rest of the money withdrawn from your pension is added to your taxable income for the year. So unless it is a small pension you could pay taxation on 75% of your pension at Income Tax rates of up to 45%. Surely that is a prohibitive enough rate of taxation to deter all but the most determined of people from depleting their pension funds 100%.

In the last 5+ years I haven’t had a single client withdraw their entire pension fund nor am I ever likely to experience such a situation. In fact after 34 years of advising I can proudly say no client of mine has ever depleted his or her pension 100% and not one of them has even come close to doing so. Long may it continue.

However, the relaxing of the compulsory purchase of an annuity by age 75 has brought some interesting consequences. Unfortunately, the government decided to keep the age 75 deadline primarily to boost tax revenues that would otherwise have been lost by the non-purchase of an annuity. So if you live beyond age 75 and then die, the pension you leave to your spouse and/or descendants such as your children will become subject to Income Tax at the marginal rate payable by each beneficiary. Inheritance Tax will not usually be payable though. If, on the other hand, you die before age 75, your pension will be inherited by your beneficiaries totally tax-free for the rest of their lives. The pension can be passed down the generations tax-free too.

It gets even better. The inherited pension never counts towards your spouse or your descendants’ Lifetime Allowances either, only your own lifetime allowance. This is extraordinarily generous because the Lifetime Allowance is now £1,073,100. Sounds too good to be true? Well in this case it really is. Let me illustrate this with an example.

Let’s say David is aged 74 and dies leaving a personal pension worth £1 million to his wife Louise aged 69. Louise herself has a personal pension worth £500,000. David’s pension value is assessed against the Lifetime Allowance of £1,073,100 because it is a Benefit Crystallisation Event or a BCE. As it is below the limit his pension is not subject to a lifetime allowance tax charge. As David died before age 75, his wife can withdraw funds free from Income Tax and the funds aren’t subject to Inheritance Tax either because pensions are generally free of IHT on death.

Louise enjoys a tax-free income of £20,000 a year for the next 5 years before she unfortunately dies, coincidentally at the age of 74. By this time the combined pensions are worth £1,750,000 (£1,100,000 widow’s inherited personal pension and £650,000 own personal pension). Even though the combined pensions are worth comfortably in excess of the Lifetime Allowance of £1,073,100 neither of them becomes subject to taxation. Her widow’s pension of £1.1 million isn’t included in the calculation and her own personal pension is only worth £650,000 on her death which is way short of the LTA of £1,073,100.

Louise’s two adult children, Ben and Mary, aged 49 and 51 respectively each inherit tax-free pensions worth £875,000 (£1,750,000/2) for the rest of their lives which they in turn may pass onto their own 4 children ad infinitum for as long as the funds last.

Could these pensions ever become subject to taxation? Well surprisingly the answer is no except if any subsequent beneficiaries die after age 75, their funds will be subject to tax when their beneficiaries draw income from them. Overall, this is an extraordinary benefit for generations to come and I am sure it was an unintentional gift by George Osborne. I somehow find I am now rather fond of this Tory toff. Maybe he’s not such an unlikeable person as I first thought or maybe I am just a hypocrite who is easily bought. Sadly I am probably the latter!!!

If, of course, either David or Louise had died after age 75 then all bets would have been off. Each of their pensions would still have been inherited by their children free from inheritance tax and lifetime allowance charges but they would have suffered Income Tax at their marginal rates on any withdrawals from them. A relatively small price to pay I would proffer. Nonetheless, both inherited pensions would continue to not be included in the Lifetime Allowance calculation of the beneficiaries meaning that each of them could build separate pensions of up to £1,073,100 before becoming liable to a Lifetime Allowance tax charge. Their remaining inherited £875,000 each plus growth will never suffer such taxation.

Why is this so important? Well the LTA tax charge is imposed on the excess amount above the LTA limit of £1,073,100 at a rate of 55% on lump sums and 25% additional Income Tax on income from pensions. It’s a high tax charge for those unlucky enough to have to pay it.

This tax break on inherited personal pensions is so great you really need to be aware of it. If your spouse, parent, other relative or friend leaves you a pension on their death, as the beneficiary it is up to you to ensure that you elect to inherit the pension in the right manner. You could simply take the death benefit wholly as a tax-free cash lump sum but the downside is that once that money is in your estate it is fully subject to all taxes. Alternatively, you could convert it into an annuity with or without a tax-free cash lump sum. Potentially better still would be to inherit the pension as an Income Drawdown pension which would mean that it would be fully tax-free if the deceased died before age 75 or subject to Income Tax only if the death were after age 75. This latter choice would be the best approach if saving Inheritance Tax were your number one priority.

So whilst the inheritance of a personal pension is a fantastic tax reduced/tax-free benefit it remains important to take professional advice from a pensions specialist to ensure that you take your pension benefits in the most beneficial way to suit your own personal circumstances. In the highly complex world of pensions, you know it makes sense*.

* The contents of this article are for information purposes only and do not constitute individual advice. All information contained in this article is based on our current understanding of taxation, legislation and regulations in the current tax year. Any levels and bases of and reliefs from taxation are subject to change. Tax treatment is based on individual circumstances and may be subject to change in the future. Although endeavours have been made to provide accurate and timely information, we cannot guarantee that such information is accurate as of the date it is received or that it will continue to be accurate in the future.