The mad, mad world that is football finance 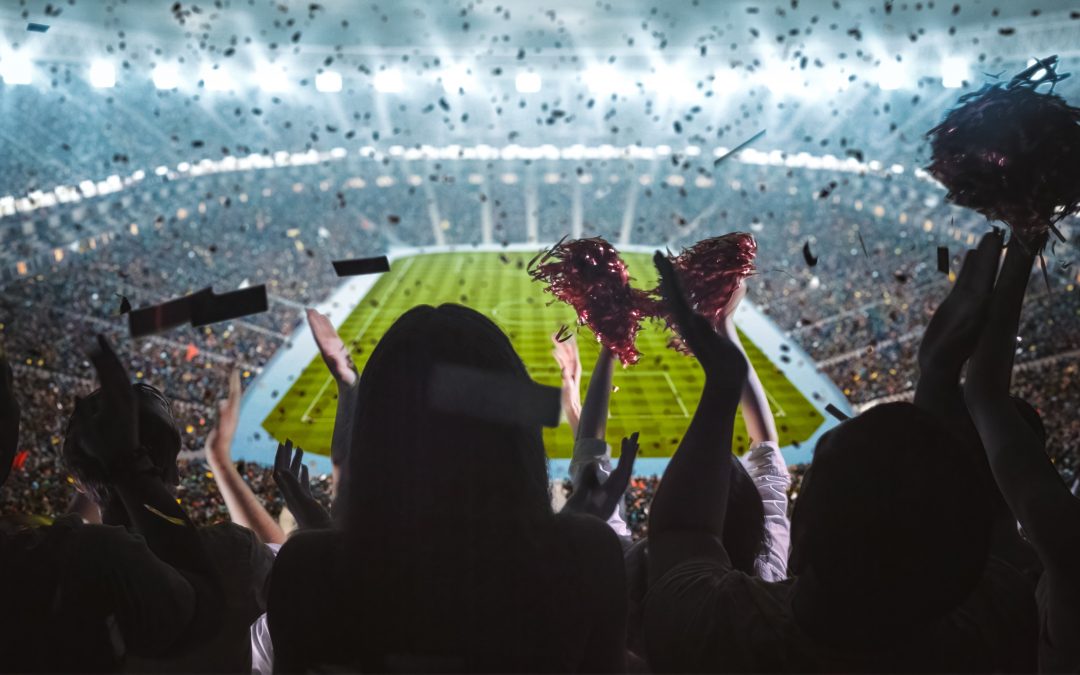 I have been a football fan since I was 10 years of age in 1968.  I don’t remember showing much interest in football before then so England’s World Cup success in 1966 passed me by.  I was only 7 years old, nearly 8, when we won the trophy so you can’t blame me for my apathy towards football at the time.

The reason I became interested in football was because I changed schools, moving from Bethnal Green to the Isle Of Dogs (now known as Canary Wharf), in London’s East End.  In my new school, lots of the boys were interested in football.  We all chose London teams to support with most of us selecting Chelsea, West Ham or Spurs.  I chose Spurs which was about the same distance from Bethnal Green as West Ham.  The most local team to the Isle of Dogs was West Ham so that is the team I should have supported I suppose.  We did move back to Bethnal Green when I was 17 so I guess my first choice was vindicated eventually.  Of course these days kids just seem to choose the most successful Premier League teams to follow rather than their local teams.

Football finance was a lot simpler in 1968. Football clubs earned most of their revenue from gate receipts.  The era of digital TV hadn’t yet begun.  Salaries were much lower as were transfer fees.  The largest clubs globally were situated in the largest cities which attracted the largest number of fans to matches.  This system of football finance lasted for about the first century or so of football worldwide.

Digital TV first emerged in the UK in November 1998.  The UK was one of the first countries in the world to offer digital TV.  Earlier in 1992, the Premier League was formed in England.  It was a breakaway from the English Football League. 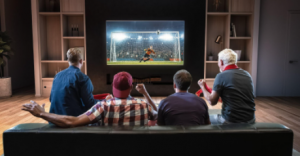 The combination of these two events in the UK and the equivalent in countries worldwide transformed football globally, especially in England.  Because of TV money the game has grown enormously.  The top clubs globally now have turnover in the hundreds of millions of pounds and it is mainly made up of TV money and sponsorship deals.  These clubs are described as the richest clubs in the world but of course, that is totally misleading.  These top clubs simply have the highest turnover and they are usually owned by billionaires.  It is the owners who are rich not the clubs.

Why is this so?  Well, it’s because the money in football doesn’t get re-invested into the game.  It doesn’t trickle down into the grassroots of football.  Instead, it totally disappears from the game into the pockets of the few rich footballers at the top of the tree in the form of salaries, bonuses and image rights. It also gets paid to agents.  It is estimated that as much as 80% of turnover is typically spent on players’ salaries.  That doesn’t leave much money to pay the rest of the clubs’ expenses including transfer fees for players.  That’s why most football clubs continue to lose money despite huge increases in turnover annually.

The problem with so much money swishing around is that it creates a culture of greed and dishonesty.  Most of the players are constantly cheating by diving and feigning injury in order to win the match and earn those lovely bonuses.  It’s not as if the top players even need the money.  Most of them are already multi-millionaires.

Whilst I love football as a spectacle I cringe at watching grown men so obviously acting, cheating and doing their level best to get opponents booked or sent off.  It’s pathetic.  As for the disrespect, they show referees it is appalling.  These top players should be role models to society but most of them are the opposite.  It’s truly shameful.  I don’t know how they can even look at themselves in the mirror.

Most billionaires treat their football clubs as expensive playthings.  It’s a status symbol owning a football club.  Money is no object.  The trouble is that largely money does buy you success.  It enables clubs to buy the best players and hire the best managers.  The smaller clubs further down the food chain don’t have a hope of ever competing with these wealthy clubs.

The mere fact that the top 12 club owners in the world wanted to form a European Super League with no promotion or relegation and huge financial rewards for these few elite clubs just goes to show how much out of touch with reality these owners really are.  Fortunately, this insane idea failed because of universal disdain for the project, especially from the clubs’ own supporters. 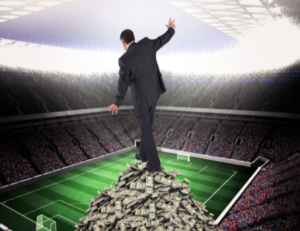 So the mad, mad world of football finance continues unabated.  The game is now totally dominated by TV.  There are matches on TV most days of the week.  The TV companies keen to eke out as many matches to view as possible so that they can increase their subscriber base.  As long as there is a constant stream of football matches to view, these TV companies are happy.  Never mind the fact that players have to be prepared to play on literally any day of the week and at any time of the day.  Never mind the fans either, who have to travel to matches in all corners of the country and the world no matter how inconvenient it is for them.

So let’s hope that one day there will be a wake-up call when everyone suddenly realises that too much money is ruining the game and disappearing from it.  That day when common sense returns to the world of football and the governing body FIFA decides enough is enough and changes the rules to make it once more a game of the people.  To quote the great John Lennon “You may say I’m a dreamer but I’m not the only one.”  You know it makes sense*.

*The contents of this blog are for information purposes only and are based on my personal views.