Every person has their own Nil Rate Band (NRB). This is the amount that can be distributed on their death without Inheritance Tax being payable. The NRB has been frozen in value at £325,000 since April 2009 and will continue to be frozen until at least April 2026.

We receive several common questions regarding the transferable NRB which this blog will attempt to answer.

How much is available to be transferred?

The amount available to be transferred is calculated based on what percentage was unused. That percentage is then applied to the value of the NRB at the date of the second death.

For example, Bob died in August 2004 when the NRB was £263,000. He left £65,750 worth of assets to his daughter and everything else to his wife Ann. 25% of the NRB would be used on his death to cover the assets passing to his daughter, leaving 75% available to be transferred. 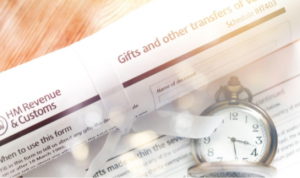 When must the first spouse have died?

If first death was before 13 November 1974, the full NRB may not be transferable as the amount of spousal exemption was then limited. An unlimited spousal exemption has applied since that date to UK domiciled spouses.

For civil partners, the first death must have occurred on or after 5 December 2005 when the Civil Partnership Act 2004 came into effect.

Is the transfer completed automatically?

No claim is required on the first death, although detailed records should be kept.

The testator has been widowed multiple times, how many transferable NRBs can they claim?

If the surviving spouse has been widowed multiple times, the personal representatives will be able to claim multiple unused NRBs. The claims however are limited to the value of one additional NRB.

For example, a deceased person has been widowed twice. Her first husband left a 70% unused NRB. Her second husband left a 50% unused NRB. Although her executors would need to make a claim for both NRBs, the maximum they could claim is 100%, even though there was an additional 20% unused. 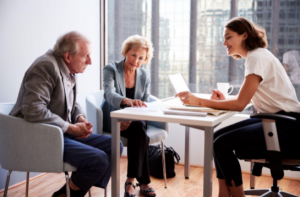 The testator was married to someone who was entitled to a transferable NRB. How much can they claim? 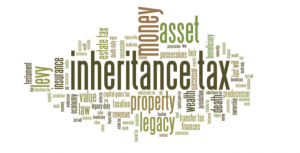 The calculation to work out how much NRB is unused is easier to demonstrate using an example:

Jeffrey dies, leaving most of his estate to his wife Audrey. He leaves an 80% unused NRB.

The maximum NRB that can be transferred is limited to 100%. Therefore, Audrey’s unused NRB is 100%. When Frank dies, his executors could claim 100% unused NRB from Audrey.

(*all references to a spouse, apart from in section 2, include a civil partner)

Sometimes these little examples help to explain most questions, but it is even better to consider the use of a NRB at first death as this value either in a Trust or given away, could rise in value rather than still be limited to £325,000 at second death.

The company we recommend for Wills, The Will Company, offers NRB Wills which allow the direction of any assets up to the NRB at the time of death.

A useful tool in both estate protection and avoidance of reliance on the transferability process which can be clumsy.

The Will Company’s Estate Protection Trust Wills leaflet (which is available to download at www.thewillcompany.com) is generic enough to use with all clients and gives a list of all the benefits of using this type of Will.

Interestingly the claiming of the Nil Rate Band isn’t always straightforward so it is important that your advisers know the rules and can advise you accordingly.** You know it makes sense.

**The Financial Conduct Authority does not regulate tax advice, Wills or Trusts. The contents of this blog are for information purposes only and do not constitute individual advice.  You should always seek professional advice from a specialist. This blog is based on my own observations and opinions.