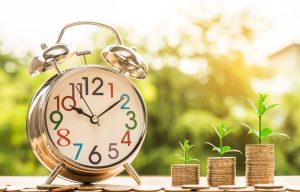 The recent collapse of Carillion which has left behind the largest ever UK pension scheme deficit to be rescued by the lifeboat scheme, The Pension Protection Fund or PPF for short, should serve as a stark warning sign to most members of final salary pension schemes. Carillion’s Pension Scheme deficit is £580m which is expected to rise to £800m because the company has gone bust.

Our damning report highlights the fact that some of this country’s largest companies have huge pension scheme deficits. In some cases the deficits are so large they exceed the valuation of the companies themselves! Last summer staggeringly 10 FTSE 100 Index companies had deficits greater than their own stock market values!

The vast majority of these schemes could wipe out their pension scheme deficits if they stopped paying dividends for 1 or 2 years which is a damning indictment of the directors of these companies such as Carillion who continued to pay themselves and their shareholders significant dividends to the detriment of their final salary pension scheme members.

I question how many more final salary pension schemes the Pension Protection Fund, the PPF, can bail out in the future. The PPF currently has £28bn of assets and £6bn in cash. The scheme is solvent at the moment. However, it doesn’t take a maths genius to work out that if just one large PLC were to fail its deficit would wipe out the PPF’s entire cash reserves in one fell swoop. A worrying thought. Could it happen? Well of course it could. Let me explain why.

At a recent pensions seminar I attended, one of my fellow pension specialists told us he had attended a presentation by the PPF recently and the speakers expressed great confidence in the ability of the PPF to continue rescuing failed final salary pension schemes. I personally consider their attitude to be extremely complacent, one of over-confidence and displaying ignorance of the facts.

The plain truth is that we are going through the third Industrial Revolution currently. We are in a technological revolution during which many companies with old-fashioned business models such as Woolworths, BHS, TATA Steel( ex British Steel) and Carillion are just the latest large corporate failures. Many more will occur over the next 10 years or more. Why? Because many companies’ business models will not survive the current technological revolution in exactly the same way that canal transportation did not survive against the introduction of trains and the same way in which the horse drawn carriage did not survive the arrival of the motor car. It just seems patently obvious to me yet I seem to be the exception for some reason.

Two of the 5 largest pension scheme deficits are with oil companies i.e. Royal Dutch Shell and BP. Will such companies survive the next 10 years when renewable energy is forecast to replace fossil fuel energy? Could BT for example survive if the likes of Facebook, one of Elon Musk’s companies or Amazon were to offer free Wi-Fi which they have already promised? Even if these large companies do survive it is likely to be only in a much slimmed down form which will mean that their pension scheme deficits could not only become larger but could in fact become unsustainable.

Personally I don’t like the word deficit. Let’s call it what it really is. Insolvency. Any organisation that has more liabilities than assets is insolvent. If these pension schemes were themselves quoted companies on the Stock Exchange they would be finished in much the same way that Carillion is.

It is high time that everyone woke up and realised that the looming pension disaster that is coming is going to have far-reaching adverse consequences for many final salary pension scheme members whose pensions are likely to be severely reduced below the level of the current Pension Protection Fund’s limits because the PPF cannot possibly survive the Third Industrial Revolution.

So if you are a member of a private sector company final salary pension scheme or a member of one of the few funded public sector pension schemes, you haven’t yet started taking benefits and you are no longer contributing to the scheme for whatever reason, do contact us and ask us for a review of your pension. The resulting report will either give you the reassurance that your pension is ship shape or that you should seriously consider transferring it into a personal pension scheme. You know it makes sense. 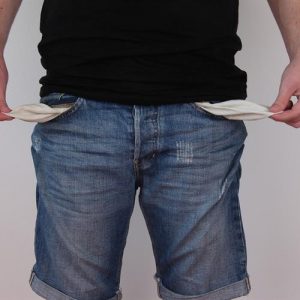 One of the main topics that usually comes up for discussion when I meet business owners is regarding the amount of taxation enforced on them by government, both directly and indirectly. Which leads to the most common question I am asked, ‘as a business owner, how can I reduce the tax I pay?’

You see, there has been much change to the taxes faced by business owners and Directors of limited companies over the last few years. Whilst it is welcome that Corporation Tax has reduced, there are now new tax rates for dividend payments, increases to the minimum wage (living wage) and pensions for all qualifying staff including compulsory company pension contributions to name but a few.

The good news is there are still plenty of legitimate ways to reduce the tax your business pays, meaning more money in your pocket rather than the Chancellor’s!

One of the easiest and most tax efficient ways to release money from your business is to make a contribution into your own personal pension. The contribution is classed as an ‘expense’ therefore the money used is not subject to Corporation Tax, Income Tax or National Insurance. If you’re over age 55 you could even take out up to 25% of the pension immediately, tax free!

Pensions are still one of the best savings products around as money inside your pension grows pretty much tax free and when you are ready to make withdrawals, with some clever planning, you can make the best of various tax allowances that are available.

There are rules relating to contribution levels and a lifetime allowance to watch out for. It is also vital that your pension is invested and managed according to a level of risk you are comfortable with, so please take advice to ensure everything is set up correctly and you are not ripped off by high charges!

Pensions aren’t the only option though, there are still plenty of other strategies that can ensure money is released from your business without incurring tax, especially if you are thinking of selling. If you want to find out more, please get in touch. We are running a special offer for business owners, details of which can be found below.