Ever heard of the acronym FANG? 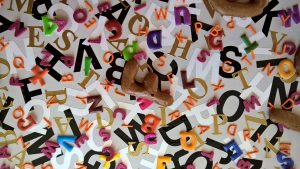 Ever heard of the acronym FANG? Unfortunately it’s not as interesting as it sounds because it has absolutely nothing to do with Count Dracula or his famous fangs! Interestingly my step-daughter’s surname is Fang too. It’s really funny how these little coincidences happen so often.

I really love acronyms because they are so creative and simple to understand. Jim Cramer, the presenter of CNBC’s Mad Money in the US, where else of course, first created the acronym FANG which stands for Facebook, Amazon, Netflix and Google. Basically Jim believes that these shares will grow strongly in value over the next few years as they are virtually unstoppable.

However he has recently revised the acronym into a new one called FAAA which stands for Facebook, Amazon, Alibaba and Alphabet (the parent company of Google). He is no longer convinced by Netflix who have failed to meet expected earnings targets for two consecutive quarters.

The interesting thing is that all 4 FAAA stocks will feature in our new fund The Intelligent Wealth Fund which we are planning to launch later this year. We agree that such shares have very strong growth prospects and are as close as possible to “bankers” that we know. Of course there is no such thing as a “banker” apart from an actual banker who works in a bank!

I quite like the acronym BRIC which stands for Brazil, Russia, India and China.  BRIC funds are emerging market funds of course.

One of my favourite acronyms is PIIGS representing Portugal, Italy, Ireland, Greece and Spain. In other words Euroland countries which have really suffered under the curse of the Euro. What I really like about this one is that it is offensive and arguably racist but who could possibly be upset by the term? It’s just a bit of a fun acronym in my book. No offence to any readers of this blog who descend from any of these countries. I actually love Europe and have really enjoyed visiting all 5 countries previously. Being 62.5% Irish myself I guess I am being a little self-deprecating here!