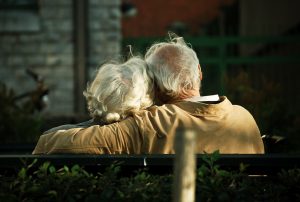 These pensions have been mismanaged by successive governments of both of the main parties for decades and the extent of the government’s pension liabilities has been hidden.  By contrast Norway has invested all of its gas and oil profits for decades.  As a result a tiny country like Norway now has a Sovereign Wealth Fund worth US$900 billion.  Norway is a country of just 5 million people!

The current system of state and public sector pensions is no more than a giant Ponzi scheme.  In my opinion the biggest pensions misselling scandal in history.  This is the Wikipedia definition of a Ponzi Scheme “A Ponzi scheme is a fraudulent investment operation where the operator, an individual or organization, pays returns to its investors from new capital paid to the operators by new investors, rather than from profit earned through legitimate sources.”  It was named after the famous swindler Charles Ponzi.  Another name for it is a pyramid scheme or a scam.

The problem is one of demographics and longevity.  People are simply living much longer than was anticipated when such pensions were first created.  Typically a pensioner would retire at age 65 and die at age 68.  These days many people will retire and live for decades!

Retired people are making up an ever increasing proportion of the UK population.  The problem is that there will not be enough people working and paying taxes in the future to fund these pensions.  The old age dependency ratio, the number of people working compared to the number retired, is increasing significantly.  In 2010 just over 20% of the UK population was retired as a percentage of all adults.  By 2050 it will be nearly 40%!  The current system is totally unsustainable.

So what is the government doing to tackle it?  Unlike the private sector where companies have all but given up on final salary pension schemes and replaced them with money purchase ones, the government has done very little apart from increasing members’ pension contributions, changing the formula for calculating the pensions to a less generous one and made retirement ages later.  On the whole the government still does not contribute actual money into public sector pensions.  What it,has done however is to effectively privatise pensions by forcing all employers, especially smaller companies and its staff, to pay into company pensions known as auto enrolment.

So what should be done?  The government should pay money, real money, into money purchase pension schemes and scrap public sector final salary pensions both for new members and existing members once and for all.  Existing members’ benefits accrued to date should of course be ringfenced and preserved.  Otherwise the burden of paying your pensions will fall largely on to your children and grandchildren which is hardly fair.

What can you do?  If you haven’t yet retired and you are at least 10 years from retirement do not rely on the state pension and/or a public sector pension unless you are prepared to wait until age 70-75 or later to take your retirement benefits.  Instead you need to save your money into pensions and/or investments so that you take control of how much income you want and when.

Remember state pensions and public sector pensions are merely a government promise.  Ask yourself do you trust the government with your pension?  If not then contact us and start your own retirement plan.  One that’s not reliant on the government.