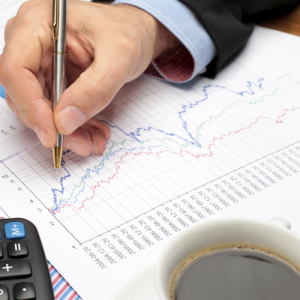 I recently reviewed a client’s company money purchase pension scheme and discovered that it was invested in a Lifestyle Option. An investment strategy like this is designed to gradually switch the investments within the pension into lower risk investments typically over the last 5-10 years prior to the individual’s selected retirement age. This type of strategy was designed many years ago when the only option at retirement was to buy an annuity from a money purchase pension scheme.

What has exacerbated the fall in annuity sales is that the annuity rates on offer are at close to historically record low levels meaning that the pension incomes on offer from annuities are much lower than they used to be. Allied to this disadvantage is the fact that an annuity purchase is a one-off irreversible financial planning decision which individuals are wary about in the light of the Equitable Life “insolvency” some years ago which led to negative consequences for their annuitants.

So the concept of a lifestyle option for a pension for the last 5-10 years before retirement makes little sense for the vast majority of individuals who are likely to remain invested for decades to come in Income Drawdown. Such people do not need to invest increasing amounts into lower risk investments because most people will not buy an annuity on retirement.

The particular client whose pension I reviewed was surprised that the return on his pension was negative for the last 12 months when stock markets have risen over the same period. On further investigation I discovered that he was 100% invested in bonds because he was still invested in a Lifestyle Option. He has now decided to invest more money into equities in order to grow his pension fund. He will therefore cancel the Lifestyle Option Strategy as a result.

So if you have a Lifestyle Option on your pension do question whether or not it is right for you. The best option is to discuss your pensions position with a pensions specialist adviser. In the meantime you might like to request a copy of our Retirement Options guide for free from our website.