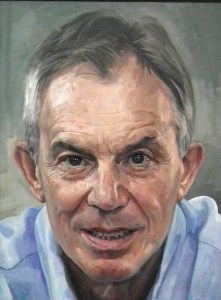 Former Prime Minister Tony Blair’s recent keynote speech at the Bloomberg financial news agency’s London headquarter’s on the subject of Brexit has provoked a mixed response and much criticism.

Blair calls for a movement to reverse the Brexit vote on the basis that the British public made their decision based on imperfect knowledge, how proceeding will cause real damage to our country and to build support to prevent us going over the cliff’s edge!

Well we all know Blair is an accomplished orator but equally he is a man who acted on imperfect knowledge, led us into an illegal war in Iraq, caused real damage to our country in the form of an increased terrorist threat and led us over a cliff’s edge of huge cost to our economy financing a war that was totally unjustified and has led to an estimated 500K to 1 million innocent Iraqi deaths.

Now that’s what I call a disaster not the decision to Brexit. Blair has failed as a Middle East peace envoy since he quit as Prime Minister, has become a consultant to a number of unsavoury dictatorships with an awful human rights record and has lined his pockets substantially from such so called consultancy work and speeches. He regularly earns 6 figure fees for public speaking engagements.

The man is a proven liar and a fraud. How he has the gall to even appear in public is beyond me. I think it’s time he retired with his millions and kept out of the public limelight. He’s yesterday’s man with a yesterday world view. He only seems to care about himself.

I thought we were living in a democracy. Whether he likes it or not the British public voted to leave the EU in a referendum. They were not asked to vote on the terms of Brexit. They were just asked whether or not to leave the EU. Simple.

Personally I was very pro Brexit before the EU Referendum and remain extremely confident about Great Britain’s future post Brexit.  Many countries are queuing up to do trade deals with us.  Even Trump wants to give us a very favourable trade deal. Our country now has an economy that is 75% service based. Our national strengths in engineering, science, technology, research, inventions, creativity, ingenuity, originality, intelligence etc will absolutely thrive in a post Brexit world.

We will continue to trade with the EU and on a tariff free basis without open borders. As we have a large trading deficit with the EU it would be economic suicide for the EU to agree anything else. 85%-90% of world trade is tariff free and I expect it to remain so in spite of President Trump’s threats. The concept of open borders in order to trade tariff free with the single market is of course complete nonsense.  Countries such as China, the US and Japan trade freely with the EU and do not have to open their borders to uncontrolled immigration from the EU so why should we?

The future looks very bright for Great Britain economically. I for one have no doubt about it. So the scaremongering in the media and from the likes of the discredited Tony Blair should be ignored. We should look forward to the future with much confidence.