How out of touch the government is with the taxpaying public 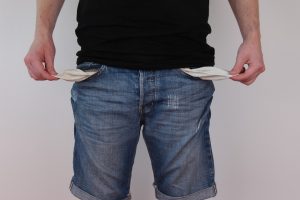 The latest Budget and the government’s U turn on National Insurance increases for the self-employed has highlighted just how out of touch the government is with the taxpaying public.

Ever since Gordon Brown introduced the £5 billion a year tax raid on pensions in 1997, successive Labour and Conservative governments have imposed more and more taxes making the UK one of the most highly taxed countries in the developed world. The pension tax was in effect retrospective taxation because those individuals with existing pensions were not excluded. The tax was imposed on existing and new pensions in the future.

Up until 1997 there was an unwritten rule that governments did not impose retrospective taxation on its citizens. So any new taxation legislation exempted existing arrangements. Since 1997 both Labour and Tory governments have continuously year after year imposed a succession of retrospective taxes on the Great British public which are truly shameful.

One of the worst examples of this is pensions. If you have a large pension, meaning one worth more than £1 million, then you will be taxed on the excess over £1m when you take benefits from it. This is known as the Lifetime Allowance. The taxation charge on the excess is 55%! By the way, this tax charge isn’t just for people with personal pensions but for people with public sector pensions too.

A further restriction has been introduced known as the Annual Allowance which means that the amount you can pay into a pension is restricted to £40K p.a. This includes employer contributions. If you are a higher earner earning between £150K-£210K p.a., your Annual Allowance is reduced by £1 for every £2 above £150K to a maximum of £10K p.a.

The legislation for these tax changes was introduced by the Labour government in 2006. However, the Conservatives have not only continued with the legislation but actually made matters worse by reducing the limits substantially. For example the Lifetime Allowance has been reduced from £1.8m to £1m under a Tory government! The Annual Allowance has been substantially reduced too.

Labour brought in this pension legislation supposedly to tackle the large pension excesses of the so called Fat Cats especially the bankers. Unfortunately the legislation is now hitting the Thin Cats in society. It is grossly unfair and a swingeing attack on ordinary people who have worked hard, made sacrifices by paying relatively large amounts of their salaries into pensions and are not a burden on the state. We have many clients who are affected by these tax changes.

The problem with the increasing burden of taxation is that most taxpayers are blissfully unaware of just how much taxation we are all paying. Why? Because much of it is hidden or too complicated to understand. When you consider that the amount of indirect taxation, taxation on what you spend rather than on what you earn, is as high as the amount of Income Tax collected by the government each year, you then realise just how high overall taxation is.

The major problem as I see it is that successive governments, both Tory and Labour alike, have run the economy inefficiently for decades and failed to tackle the primary problem of an excessively large public sector. In spite of the fact that the Conservatives have reduced the deficit, as a country we continue to spend more than we earn each year which means that government debt continues to rise. There are only two ways to eliminate the deficit – raise taxes and reduce government expenditure. Governments have already increased taxes substantially over the last 20 years but much less progress has been made on reducing the size of the public sector.

In Canada there was a similar problem a number of years ago. What the Canadian government did was to ask its public sector workers to suggest ways to reduce public expenditure and it worked very powerfully. The size of its public sector fell and Canada today has a successful and thriving economy. We need to introduce the same measure in the UK.

As Winston Churchill once said “I contend that for a nation to try to tax itself into prosperity is like a man standing in a bucket and trying to lift himself up by the handle.”