The effect of brexit on the stock market 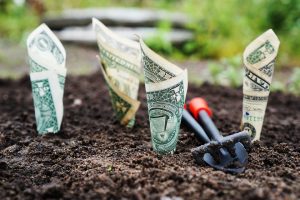 I was recently asked by a client what did I think would happen to the stock market once Brexit has happened. I told him I didn’t know what would happen. This answer surprised him because it was not the answer he would have expected from a wealth manager!

I pointed out to him that no-one can consistently predict when the market will rise and fall because it’s a bit like predicting the British weather. We do know we will have four seasons each year and that winter will usually occur once a year for a few months around December to February but we don’t know exactly when. Not even weather experts can consistently predict the weather correctly!

I consider the weather analogy to be a good one. That’s because a stock market correction, defined as a fall of at least 10% from its peak, has occurred on average once a year since 1900 meaning you should expect one every year much like the season of Winter!

The fact is that the stock market rises over time despite many short-term setbacks.

Bear markets occur on average once every 3 to 5 years historically. Throughout stock market history every bear market has been followed by an even stronger bull market when prices have risen by an even greater amount than the previous fall. As recently as the financial crisis of 2008 and the large stock market fall that year we experienced a very strong recovery in prices in 2009.

The most important lesson to learn from all of this is that you should expect the stock market to be volatile and for prices to fluctuate up and down but that historically stock markets have always risen in the long term.

Did you know that if you were out of the market for just 10 trading days between 1996 and 2015 your returns would have been reduced from 8.2% to 4.5% a year? This shows that the greatest danger is being out of the market and is further proof that it is impossible to time the market consistently.

Not only do you get capital growth on the increasing value of the shares but also a share of the companies’ profits in the form of dividends which are re-invested into your portfolio. Studies have shown that the average long term return from shares is 6.7% a year over the last 200 years of which approximately 50% is from re-invested dividends. Without a shadow of doubt the stock market over the last 200 years has been the best place for the long term investor to build wealth.

We are very proud of our record of 9.8% p.a. average return for a medium risk investor following our investment process Wealth Investment Strategy, WIS, over the last 21 years. We are even more excited about the prospects for our new Intelligent Wealth Fund which we confidently expect to perform even better than WIS over the coming years once it is launched in the next few months.

We look forward to the future with utmost confidence no matter what happens as a consequence of Brexit, Trump and possible Scottish Independence, and so should you.