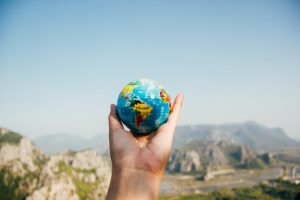 The concept of financial independence is the holy grail of lifetime freedom from money worries.  It’s something that everyone wants, including those people who deny it, though few people truly achieve it before normal retirement age of 65-68 currently.

Why is this? Well the main reason why this doesn’t happen for most people is because they don’t have a plan. As the saying goes “Failing to plan is planning to fail.”

Now I know some readers of this article will disagree with me but we have had many clients over the years who have managed to retire early. What they have typically had in common is a plan which they have followed through thick and thin until their target has been reached.

Usually they thank me for the financial planning advice I have given them over the years but in truth it has been largely their own doing. Yes I have coached them but they are the ones who have saved the money, made the sacrifices and decided to follow their own plans. Sure our lifetime cashflow planning software has helped them and we have kept them on course, fully invested, when stockmarkets have been rocky but it has been their own resilience that has seen them through at the end of the day.

As a result we have many clients who have lived, and who are living, the dream retirement. Doing what they want to do, when they want to do it and not worrying about the cost. It’s really nice to meet such people for their annual reviews and to hear the news about their latest holidays, about how they have been able to help their children and the joys of becoming grandparents.

They have simply lived disciplined lives by spending less than they have earned and practised deferring gratification. This has paid off handsomely for such people time and time again.

I am convinced that deep down everyone wants to be financially free because it’s the only way you will be in the position to truly decide to live your life on your own terms.

So what are you waiting for? If you would like advice on how to plan your life of early financial independence do get in touch with us. We’d love to help you to become financially free and live the life of your dreams.