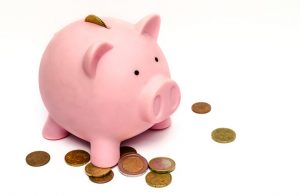 In April 2015 under George Osborne’s Chancellorship the government introduced so-called pensions freedoms. This was a radical reform which has totally shaken up the world of personal pensions.

Under pensions freedoms there is no longer a requirement to buy an annuity or invest your pension into Income Drawdown whereby your pension remains invested and you decide how much income to take within limits and optionally a tax free lump sum. Instead you can now withdraw as much cash from your personal pension as you like as income, a tax free lump sum or both. There is a cap for those with larger pensions which for the majority of people is £1 million but for some is up to £1.8m.

The first 25% of each withdrawal is tax free until your total withdrawals reach 25% of the cap, your Lifetime Allowance, which is typically £250K (25% of £1m). Some individuals have a higher cap than this as a result of having made certain elections in the past.

A further advantage is that generally personal pensions are Inheritance Tax free on death. This means that they can be inherited not only by your spouse but also by your children and other beneficiaries so that, if you die before age 75, your beneficiaries will pay no tax whatsoever on the personal pensions they inherit! If you die after age 75 they will pay Income Tax on the money they withdraw at their highest rate of Income Tax.

As a result of these changes a substantial number of people with preserved private sector final salary pensions schemes are getting their pensions reviewed resulting in many of them transferring their pensions into personal pensions. So why is this happening?

Preserved pensions by the way are pensions that have resulted from a previous employment or ones which your employer has closed their schemes and into which you no longer contribute. Private sector final salary pension schemes means ones that are not public sector or government pension schemes.

We are experiencing unprecedented demand from clients to have their preserved private sector final salary pension schemes reviewed. In the majority of cases so far it has been in the clients’ best interest to transfer their pensions. However, there are a minority of cases where we have advised them not to transfer. There is no blanket rule on final salary pensions. Every case has to be judged on its merits. In some cases it is definitely in the clients’ best interests to remain members of their final salary pension schemes. However, without a thorough and professional review and analysis they will not be able to find out what is in their best interests.

So if you have a preserved private sector final salary pension scheme I do urge you to at least get it reviewed because once you have done so you will be able to make an informed decision on what is right for you and your family. Getting this decision right could make a substantial difference to the rest of your life and the quality of your retirement. It could makes a difference of £10,000s of even £100,000s depending on the size of your pension. Therefore making the right decision is critical for your financial planning.

So what are you waiting for? If you have such a pension/s, contact us as soon as possible and get your pension/s reviewed. You know it makes sense!