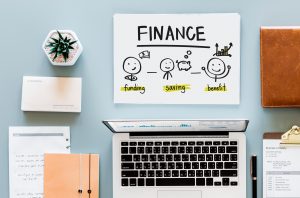 The recent failure of Toys R Us and Maplin bring home to us just how much the Internet is shaping and changing the world.

Toys R Us is an interesting example. It is widely acknowledged that one of the reasons for Toys R Us’s demise was the “Amazon effect.” Up until its recent failure it was possible to buy the same toys online from Amazon significantly cheaper without having to set foot outside your front door and have them delivered to you the very next day! Also it has been clear for some years now that children play less with toys than they used to. Quite often I see very small children playing on tablets rather than with physical toys! Admittedly there were other reasons for Toys R Us’s liquidation but the importance of a strong online presence is critical for very High Street retailer these days.

As for Toys R Us’s final salary pension scheme it has been left with an estimated deficit of £37m and will be taken over by the pensions lifeboat scheme the Pension Protection Fund or PPF for short which means an average 20% reduction in pension benefits for its members.

I have called into question the ability of the PPF to keep bailing out failed final salary pension schemes indefinitely. I foresee a doomsday scenario in which many final salary pension schemes will go bust spectacularly meaning that the PPF will not be able to bail them out. That means that many members of such pension schemes will find their pensions severely reduced not by just 20%, the effective average reduction in benefits for PPF bailed out schemes, but by 50% or more! We have even produced a 29 page report on the subject which is downloadable from our website.

Well our sister fund Management Company Minerva Money Management is planning to launch its first fund, The Intelligent Wealth Fund, in the second half of April 2018. This fund will invest solely in innovative and disruptive companies that are shaping our future including Facebook, Amazon, Alibaba and Alphabet (the owners of Google). These companies have the appropriate acronym of FAAA because they will literally go far, very far. Many financial experts are predicting that these companies are virtually an unstoppable force. I tend to agree.

In my opinion final salary pension scheme trustees should seriously consider investing at least some of their money into The Intelligent Wealth Fund rather than persisting with investing in many large companies whose prospects look pretty bleak because they have old-fashioned business models which are highly unlikely to survive the current technological revolution we are going through.

As for individual members of such funded final salary pension schemes who have not yet retired you should at the very least have your pension reviewed by pension specialists like us. If, as a result of your pension review, it is advisable to transfer to a personal pension, and this certainly isn’t right for everyone, then you would do no harm in investing some of your pension into the Intelligent Wealth Fund. That way you would be investing in sectors of the economy that have the greatest growth prospects for the next 10 years at least.

So if you are a member of a funded final salary pension scheme which has closed or is preserved so you no longer contribute to it and you haven’t yet retired then do get in touch with us to request a review of your pension. You know it makes sense.