A significant milestone in British politics 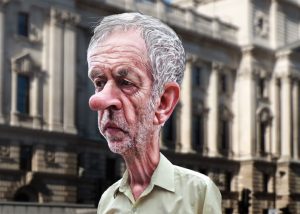 Labour under the leadership of Jeremy Corbyn is a party in steep decline. The party’s traditional industrial working class support is waning as such workers gradually constitute fewer and fewer voters in the UK.  Corbyn may be a decent, nice chap but is he a leader?  Does he have vision?  Does he have mass appeal?  Unfortunately he has none of these attributes.  This is a man whose own party members do not even support him. He doesn’t have the support of 80% of his own party’s MPs!  Yet he still refuses to resign.  I do not know of any other walk of life where a so-called leader can continue to lead when he lacks so much support.  Corbyn is proving to be delusional, selfish and arrogant by remaining leader of the opposition. He should do the honourable thing and resign.

Of course the problem with Labour is that it is a party that is very poorly run in much the same way that it runs the country poorly whenever it is in power.  Labour has a system under which the party members vote for the leader not the MPs.  Under Corbyn Labour has virtually given away party membership for just £3 a year as a result of which it now has one of the largest party memberships in Europe. The trouble is the party isn’t electable because it doesn’t appeal to the vast majority of the electorate who are politically in the centre.  Far left socialism has never had mass popular appeal in Great Britain and in my opinion never will.  Elections in this country are always won by the party that appeals to the centre ground.  Corbyn simply doesn’t get it.

The Tories on the other hand have a system whereby its MPs vote for the leadership candidates and its members only vote for the leader from the shortlist of candidates.  This is a far superior system of electing a leader because it means that the victor has the support both of its party members and crucially its MPs.  The Conservatives have always run the country far better economically than the Labour Party and they certainly run their leadership elections better too.  The electorate clearly believes this too hence the Copeland result.

As for UKIP under the leadership of Paul Nuttall their prospects look poor.  UKIP appears to have served its purpose in getting the UK to vote for Brexit.  It really needs to re-invent itself in order to have a chance of replacing Labour as the main opposition party.  Paul Nuttall is no Nigel Farage.  He has made some misleading and untrue comments on his own website which have shot to pieces his credibility with the voting public.  No surprise therefore that he lost the Stoke-On-Trent by election.

So what has all of this got to do with personal finance?  Well what it means is that Theresa May and the Tories have the mandate of the British public to press ahead with a hard Brexit with little in the way of opposition.  As mentioned in a previous View article I believe Brexit is great news for the British economy which I expect to absolutely flourish over the coming years outside of the straitjacket of the EU.  The UK stock market has risen significantly in value since Brexit so investors clearly believe in a bright future for Great Britain too.  Many countries are queuing up to do trade deals with us with the USA under Trump putting us at the front of the queue unlike Obama.

So look forward to the future with confidence and ignore the doom and gloomsters and the negative, sensationalist and scaremongering media.  You know it makes sense.