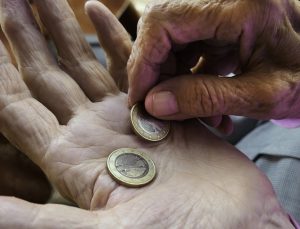 The recent news that Tata Steel is going to restructure the British Steel Pension Scheme by reducing benefits and ploughing in £550 million must be a huge relief to its members who have agreed to it. This follows on the heels of Sir Philip Green’s decision earlier this year to pay £363 million into the BHS pension scheme which had a deficit of £571 million at the time. Again a relief for their pension scheme members.

That’s the good news. The bad news is that these two large companies won’t be the last ones whose pension schemes will become threatened in the future. The problem is going to be what happens when there is nobody to rescue these schemes.

At the moment we have the Pension Protection Fund which in theory will bail out private sector final salary pension schemes which have become insolvent. On the whole the PPF has worked quite well so far but it’s future looks less certain.

The problem is that the PPF is not government funded. Instead it is funded by levies on private final salary pension schemes. Such schemes represent a shrinking pool with an estimated one third of them having been absorbed into the PPF already meaning there are less schemes to pay the levies.

Furthermore the PPF doesn’t protect 100% of the member’s pension. Far from it. On average members will lose approximately 20% of their pension benefits when their final salary pension schemes go into the PPF with higher earners losing substantially more.

The PPF does not have to take over insolvent final salary pension schemes. There were doubts that the PPF would have taken over both the Tata Steel and BHS pension schemes until they were both bailed out. Members of future failed pension schemes may not be so fortunate.

Remarkably the PPF is not itself in deficit which I find curious. On closer examination the PPF has a very unusual investment strategy. In fact it is downright unconventional. It appears to me that it is being used by the government primarily as a way of funding the UK’s infrastructure projects. What it also tells me is that the reason it is not in deficit is because those deficits were crystallised into losses when those final salary pension schemes were taken over by it and guess what? That means that the average scheme deficit absorbed by the PPF was approximately 20%!

The combined final salary pension deficit of the UK’s 350 largest listed companies more than trebled to reach £137bn in 2016, despite the stock market ending the year on a high, according to a leading consultancy Mercers. This is an ominous sign.

The big problem which is not being factored in here is that we are in the midst of the Third Industrial Revolution. The world is changing dramatically in front of our eyes. Technology and renewable energy are rapidly changing the world as we know it.

What this means is that companies with old-fashioned models especially retailers, manufacturers, energy companies etc will get swept aside as new more modern competitors come on the scene. If these old-fashioned companies do not change quickly enough they will fail, meaning their pension schemes will fail too.

I see this as a repeat of the canals to trains era. The canal industry became decimated very quickly once steam locomotives and railway tracks became prevalent. The same thing will happen with the old-fashioned companies who do not see the writing on the wall. Just look at some examples of large company failures in recent years such as Blockbusters and others. They simply did not react to the changing world. Blockbusters is a great example. They decided not to buy Netflix for a song because they didn’t think that downstreaming films would catch on!

So if you are one of the people who could be affected in the future and you are worried about your private sector final salary pension scheme’s solvency, I would urge you to get it reviewed at least. That way you can have peace of mind over whether to leave it where it is or transfer it. So do contact us if you would like to discuss it further! You know it makes sense.

We have also produced a final salary pensions report which you can read and download here https://wealthandtax.co.uk/pensions-report/.  Do read it because you will find it extremely useful and enlightening.