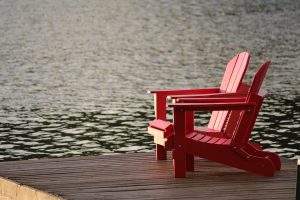 The latest NHS annual survey of the nation’s wellbeing found that men reported higher levels of happiness than women from their late teens up until retirement.

It’s not until 65 that men and women were found to be equally happy and women’s happiness was only higher than men’s after the age of 85. Both men and women are less happy in old age, however. Happiness peaks for both between 65 and 74.

One psychiatrist put this down to women still largely taking responsibility for home life and that many are widowed by their 80s.

Dean of the Royal College of Psychiatrists Kate Lovett stated “Men who are single, widowed or divorced are more vulnerable to developing depression and men who are in this age bracket may be more likely to be on their own. Paradoxically married women are often more likely to develop depression.”

In my personal experience these findings are generally true. My own mother, for example, who is aged 81 is at the happiest stage of her life despite being widowed for the last 5 years. Another lady I know who is in her seventies visits the David Lloyds Club three times a week for acquaintances classes and to socialise with her widowed friends who are all women.

Both of these ladies keep themselves very busy and active and both have a wide circle of both friends and family.

Men on the other hand generally aren’t so good at building a wide network of friends or in keeping close contact with their families so when they become widowed they tend have a much tougher time of it. The only consolation for men is that they usually die first leaving a widow who is far better able to cope on her own.

In my experience married couple clients of ours in their sixties and seventies are a pretty happy bunch not least of all because they can afford to do what they want to do, when they want to do it and without worrying about the cost! They are living the retirement lives of their dreams.

So if you would like to have a dream retirement too why not get in touch with us to book an appointment and start making a plan to help you to achieve your goal? You know it makes sense.