Why timing the market doesn’t work 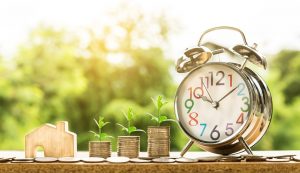 From time to time we have clients who think they can time the market. In my long experience of wealth management I have found it impossible to time the market. Typically you may get the timing right on when to invest or when to sell but to get both timings correct you have to be a fool or a genius or just plain lucky!

Whenever a client asks me whether or not it is a good time to invest I tell them I do not know! That’s not the answer they want to hear but quite frankly it’s the honest answer. Whenever you hear so called experts predicting what is going to happen to the markets over the next 12 months they invariably get it wrong because the fact is nobody knows what is going to happen next!

After Brexit a client of mine predicted the stock market would crash and he would then invest his pension. As we now know the opposite happened. The UK stock market soared by 20% within a matter of months. Most of his money stayed on deposit earning virtually zero interest! His decision not to invest has cost him a 5 figure sum!

Now I am not claiming to be some great clairvoyant with amazing predictive powers. I did not advise him that markets would rise after Brexit. I did not know. I just simply advised him to be invested in the market because pensions are long term investments and research shows that over periods of 10 years or more there is a 90%+ probability of outperforming cash deposits. In fact over the last 100 years the average annual return from investing in shares on the US stockmarket has been 6.7% whereas cash deposits have returned less than 1% p.a. Why is this?

Well the answer is quite simple. By investing in shares you are in effect investing in the global economy and guess what happens to worldwide GDP each year? It grows by about 3%!

Interestingly approximately 50% of the return from investing in shares comes from the dividends payable by companies annually that is re-invested into your investment.

On the other hand the interest you earn is paid by the banks after they have borrowed from you at pitifully low rates and lent your money at much higher rates in the form of loans, credit cards and mortgages. Banks will lend your money out at say 5% a year and pay you 1%!

So how can you possibly expect to get better long term returns from cash deposits than by investing in shares?

Research by Fidelity International showed the following results between 31 December 2002 and 31 December 2012 based on how much an investor stayed invested. These are cumulative returns based on the MSCI World Index.

The results really speak for themselves don’t they?

So always remember it’s the time in the market not the timing of the market that counts. Literally.

Why not book an appointment with us to find out how to really get your money working for you rather than for your bank? You know it makes sense.