What does the new EU trade deal mean for your investments? 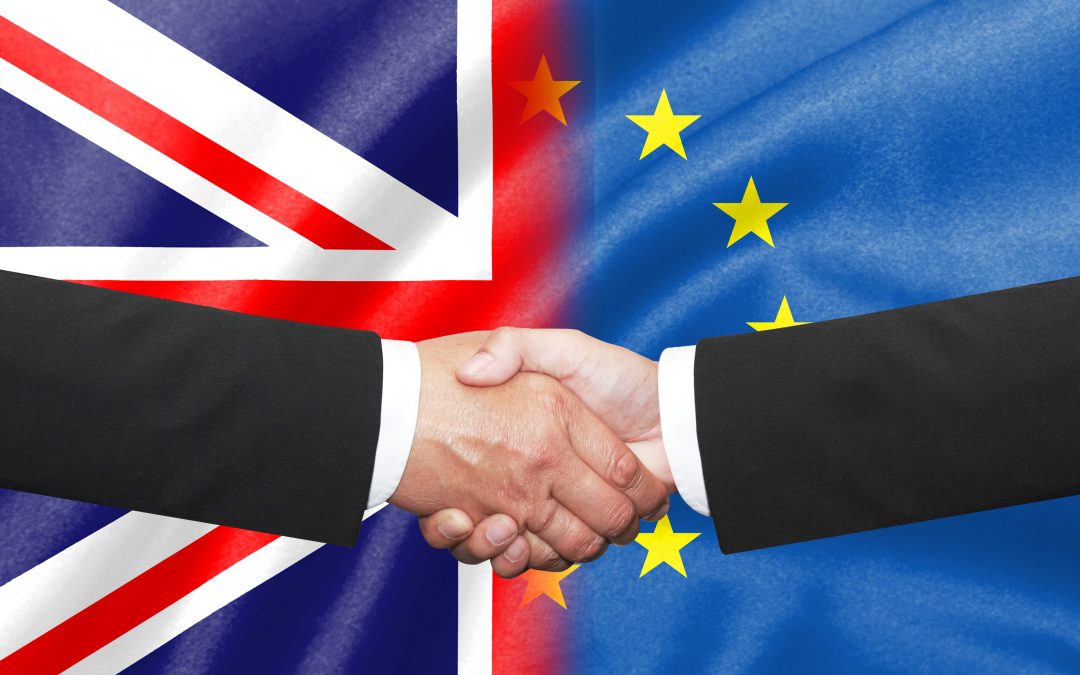 The last minute trade deal with the EU announced by Boris Johnson on Christmas Eve was a welcome relief to most British people. It came after many months of tough negotiations.

Interestingly the trade deal between the UK and the EU is the largest ever tariff-free trade deal in the world and is worth £660 billion a year. Whilst it is tariff-free that does not mean there will not be additional costs because of the increase in new rules and regulations and resultant red tape.

The full implications of the deal will not be known until the 2,000+ pages of the document have been studied. So the devil is in the detail. However, it does have all the hallmarks of a so-called Hard Brexit.

Each party will have the option of imposing tariffs on the other if they obtain an unfair advantage. For example, if the UK didn’t have similar standards for health and safety, the environment, employment law etc then the EU could impose tariffs and vice versa. That is because goods and services by either party could be produced cheaper under such scenarios.

One significant change is that if citizens from EU countries or the UK wish to visit each other’s country and remain for more than three months during a six month period they will need to obtain a Visa. Exemptions for certain equivalent professional qualifications will be accepted for an initial six months’ trial period.

The extra indirect costs of the trade deal are expected to reduce the UK’s GDP which in theory means that UK living standards will worsen in years to come. However, this does not take into account the benefit of being able to negotiate trade deals with more non-EU countries than the UK had before Brexit. For example, Switzerland, one of the wealthiest countries in the world, has three times as many trade deals globally than the EU. Switzerland is not an EU member. Countries that have tariff-free trade agreements typically form the richest countries in the world. Switzerland is no exception. So if we were to follow Switzerland’s lead the effect on our economy could, in fact, be better than remaining in the EU.

None of us can say with certainty what will be the effect on the UK economy in years to come but I, for one, am optimistic that the UK will thrive outside of the EU whilst continuing to trade with the EU and maintaining friendship and co-operation with our EU neighbours. After all, it is in the best interests of all of us to continue to work together. Let’s not forget that the UK still has the sixth largest economy in the world so we punch way above our weight already.

Fortunately, the trade deal has been agreed on the back of the recent UK government approval of the Covid-19 vaccine by Pfizer/BioNTech. What’s more Astra Zeneca’s chief executive, Pascal Soriot, has said researchers believe that the Oxford Covid vaccine will be effective against the variant strain of the virus that was first found in the UK.

By comparison with other countries globally, the UK has not handled coronavirus very well according to the statistics (Worldometers). We have the sixth most infections worldwide and the sixth most deaths from Covid-19. Yet the UK is only a small island nation. This has had a knock-on effect on our economy because of the prolonged period of national lockdowns and restrictions especially resulting from the new strain of coronavirus.

The UK stock market and the pound have both been depressed ever since the Brexit referendum on 23 June 2016. It is remarkable to think that it has taken four and a half years to reach this point.

What I now expect to happen is for Sterling to strengthen and the UK stock market to rise. What this will mean will be that imports will become cheaper but exports will become dearer. Whilst the UK stock market overall is likely to rise, larger companies such as those featured in the FTSE 100 Share Index, will not rise as much because 80% of their income is from overseas. However, this is likely to be compensated for by discovering new overseas markets with which to trade.

This is good news for investors who are invested in the CCM Intelligent Wealth Fund which has its largest holdings in UK companies especially Small and Mid Cap shares. It is also good news for clients who will invest in our Discretionary Fund Management service from January because of our bias to UK funds.

Wishing all of our readers a Happy New Year and excellent investment returns in 2021. You know it makes sense*.

*The contents of this blog are for information purposes only and do not constitute individual advice. All information contained in this article is based on our current understanding of taxation, legislation and regulations in the current tax year. Any levels and bases of and reliefs from taxation are subject to change.
Tax treatment is based on individual circumstances and may be subject to change in the future.
Although endeavours have been made to provide accurate and timely information, we cannot guarantee that such information is accurate as of the date it is received or that it will continue to be accurate in the future.