Why inflation destroys your savings and what to do about it

The rate of inflation as measured by CPI is now at 5.1% for November which is an increase from 4.2% for October.  This is the highest level of inflation in the UK since 2011.  However, RPI inflation was 7.1% up from 6% the previous month. Bearing in mind that CPI inflation was just 0.7% in March last year that represents a huge increase.

Confusingly there are now 3 rates of inflation – CPI, RPI and CPIH. These are all measures of inflation based on a shopping basket of goods and services.

CPI (Consumer Prices Index) takes no account of housing costs but includes all of the other goods and services.

CPIH (Consumer Prices Index including owner occupiers’ housing costs) uses a measure of “rental equivalence” to determine how much rent the householder would pay for an equivalent property.

As you can tell from these different inflation rates none of them are perfect because of course every person’s situation is different.  The reality is that we each have a personal inflation rate.

The problem is that the government favours CPI over RPI mainly because the rate is usually lower than RPI.  At least that’s what the cynic in me believes. 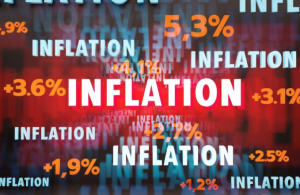 Because we have had such low inflation for many years the threat of inflation has largely been overlooked especially by younger generations who have never experienced it.

As a young man in the seventies, I lived in a decade when inflation (RPI) averaged in the teens and peaked at 25% in 1975.  Interest rates as measured by the base rate rose to a record high of 17% in November 1979. It all started when the Middle Eastern Nations finally realised they had liquid gold which they had been selling too cheaply.  That ended in 1974 when oil prices rose four fold overnight.  The price of petrol at the pumps rose by the same amount.  A 300% increase overnight.  This is what started the surge in inflation.

Having lived through such extraordinary times I have always been wary of the threat of high inflation and high-interest rates because they are great destroyers of wealth if you are not invested in real assets by which I mean assets that are capable of keeping pace with or beating inflation such as property and shares.  Let me explain by way of an example.

So “cash is trash” to quote Warren Buffet when inflation is high. 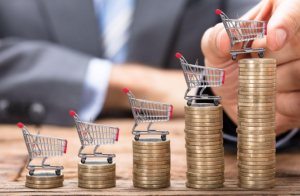 So what can you do about it?

Well, one way to take advantage of rising inflation and increasing interest rates would be to invest in our discretionary fund management (DFM) service which is run by our sister company Minerva Money Management on the Hubwise platform.  We launched the service a year ago.  It consists of a portfolio of 15-18 funds including the CCM Intelligent Wealth Fund which is managed by Minerva Money Management.

Expecting inflation and interest rates to rise a year ago we deliberately positioned our DFM service to benefit from this likely scenario.  We are invested primarily in shares, especially UK shares which are at their most undervalued level compared to global equities since 1972.  We also have exposure to commodities including gold.  Commodities are very undervalued but are likely to rise strongly in value under an inflationary environment.  Jim Mellon has recently been quoted predicting that gold will rise in value from $1,800 an ounce to $5,000. 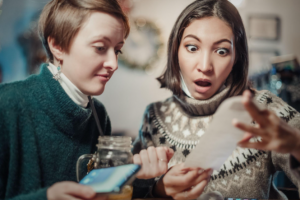 We took the decision to not invest in bonds as it seems inevitable that their value will fall over the next decade and probably by a considerable amount.  Why invest in an asset class which is doomed?

So if you want to invest your money to protect it against the ravages of inflation why not invest it in a portfolio of funds designed to thrive under such conditions?  You know it makes sense.*

*The value of your investments can go down as well as up, so you could get back less than you invested. The contents of this blog are for information purposes only and do not constitute individual advice. You should always seek professional advice from a specialist.  All information is based on our current understanding of taxation, legislation and regulations in the current tax year. Any levels and bases of and relief from taxation are subject to change. Tax treatment is based on individual circumstances and may be subject to change in the future. This blog is based on my own observations and opinions.