I have always known that Independent Financial Advisers, IFAs, added value.  However, it is only recently that I have started to properly analyse my own clients and started to calculate the value-added as a multiple of the fees they have paid us. I have only studied 3 clients so far but the results have been staggering.

In the first case, the value-added was 11 times the fees paid, in the second one it was 6 times and in the third one, it was 182 times!  Yes, you read that right.  It wasn’t a mistype. 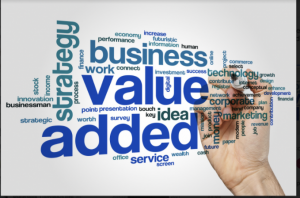 There are a number of studies that calculate the value added by a financial planner.  The most well-known one is Adviser Alpha by Vanguard which calculates it to be 3% a year based on a  number of ways in which value is added and not just by superior investment performance.  Assuming a typical financial planner fee of 1% a year, that means that the value-added is three times the fee.

However, in practice, it would appear that the actual value-added is on average higher and typically in the region of three to four times what the adviser charges.  How do I know this?  Well, it is because the IFA coach Brett Davidson told me so in a recent coaching session.  It is based on his experience of coaching IFAs over a number of years by persuading them to use his Value Added Checklist for annual reviews. 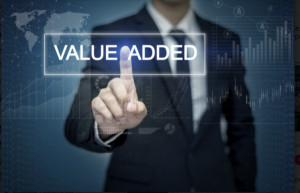 Armed with Brett’s checklist I decided to put his assertion to the test.  Even I was staggered at the result of reviewing the first three clients which were deliberately chosen respectively as small, medium and large clients based on the amount of money we managed for them.  The facts of the first client are summarised below.

She had made monthly ISA contributions for years.  Her main asset was a house with a mortgage. Hers was a modest case of ours.  ISA savings totalled about £50K.  She did, however, have a final salary pension scheme and had accumulated around 20 years’ service on a good salary of around £40,000 a year.  She is single with no children and in her early fifties.

She transferred her final salary pension into a personal pension scheme which enabled her to retire 10 years early at age 55. She had a job in which she had been under constant threat of redundancy for many years which had caused her stress. If she had taken her final salary pension 10 years earlier, her pension benefits (pension and tax-free cash lump sum) would have been reduced by 60%. Her dream was to pay off her mortgage using tax-free cash from her final salary pension. Her mother passed away in the meantime and she used the inheritance to pay off her mortgage instead. However, she has peace of mind which she did not have before when under the threat of being made redundant.

If she hadn’t transferred her final salary pension then her pension would have died with her.  There would have been nothing to leave to her beloved nephews and nieces.  Now her relatives can inherit her pension fully.  She is delighted she has a sizeable inheritance to leave to them.

She is now very happy and not stressed by her job at all.  She knows that if she were made redundant she could get by with her existing savings until age 55 and then start taking her pension.  It has given her great peace of mind.

So if you ever wondered what was the value added by your Independent Financial Adviser, now you have it.*  You know it makes sense.

*The contents of this blog are for information purposes only and do not constitute individual advice.  You should always seek professional advice from a specialist. This blog is based on my own observations and opinions.